Jax is 6 years old now. Look how tiny he once was! 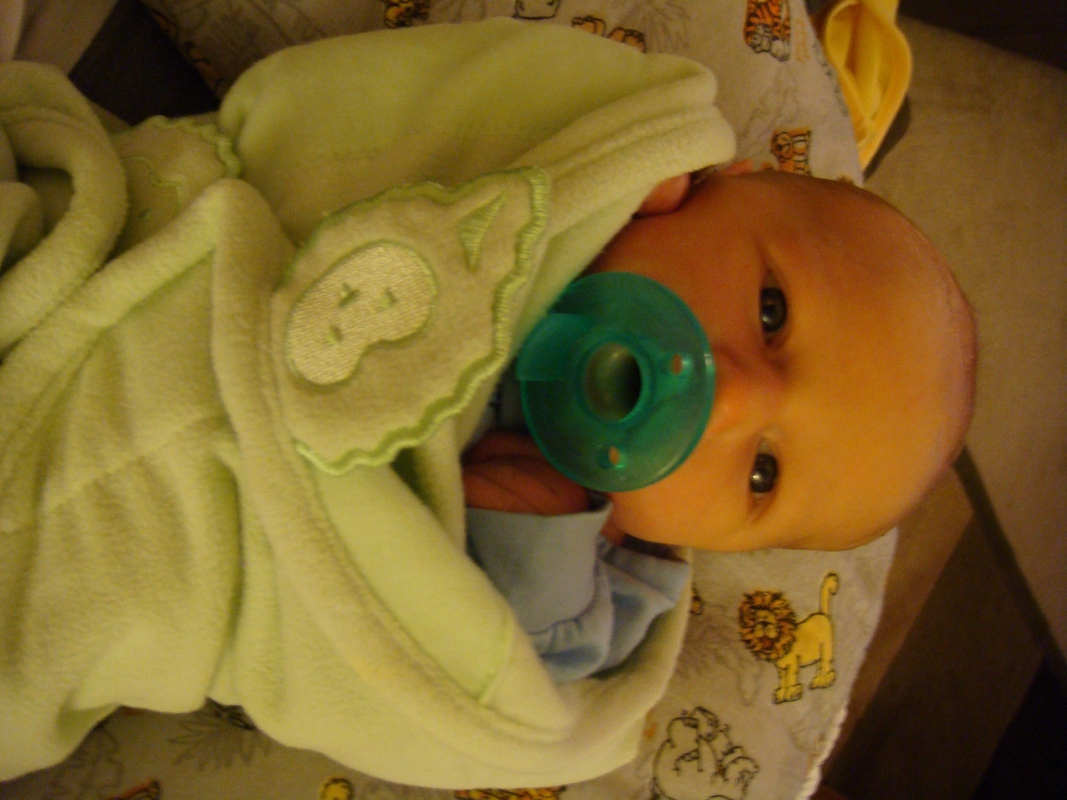 I can't believe how old he is getting! 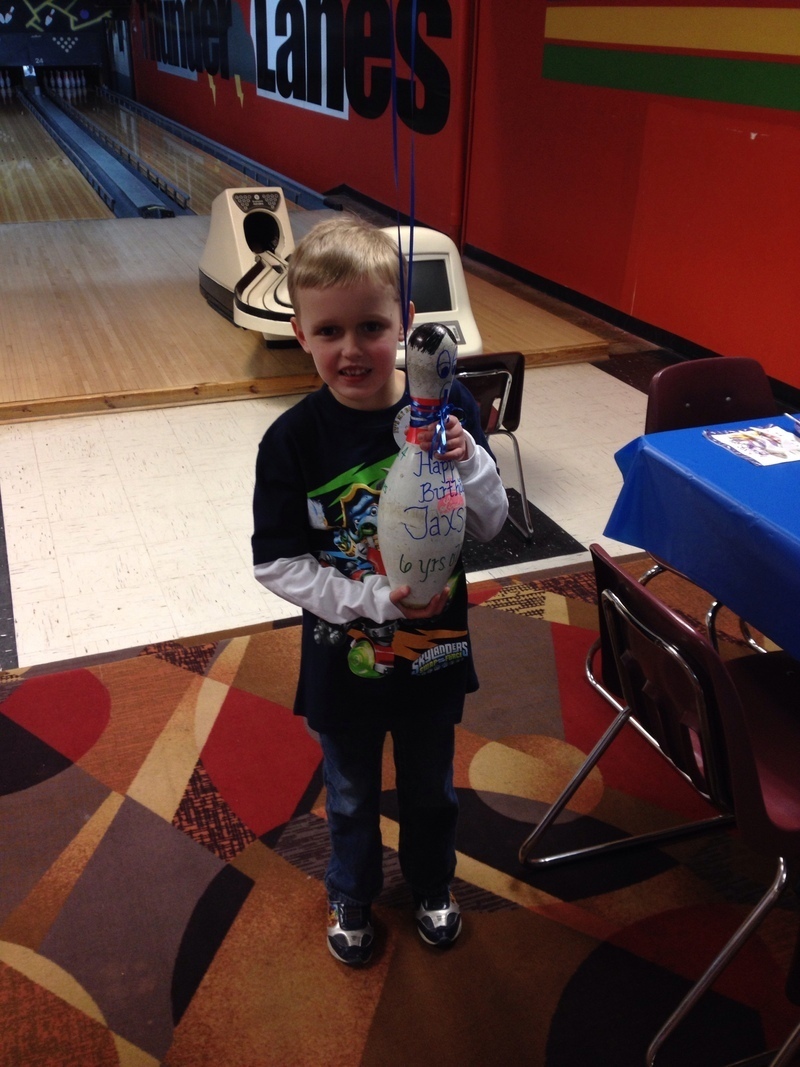 I asked Jax some interview questions to get his perspective of just turning 6.

My favorite show to watch is: Phineas and Ferb

I love it when I can read: books made from school

The best thing about school: going to PE

The worst thing about school: going to naptime

The coolest person is: Tyler

I am really good at: being quiet

My favorite color is: blue

The best place to be is: at home

When I grow up I want to be: a police

If I could do something all day long I would: build Legos

When I was little I used to: play

3 words that describe me: play Skylanders, swap them, and I like Lava Barf Eruptor

This year I hope to learn: writing

Jaxson's birthday fell on a Thursday this year and somehow we ended up celebrating on Thursday, Friday, and Saturday.  A three day celebration for Jax was right up his alley.

On Thursday, I brought cupcakes to school during snack time and the kids loved that!  Jax doesn't talk about his friends much, but I had several kindergarten boys come up to me and tell me that they were Jax's friend and some even said they were his best friend!  That was nice to know since whenever I ask Jax about who he plays with he just shrugs his shoulders and says he doesn't remember. 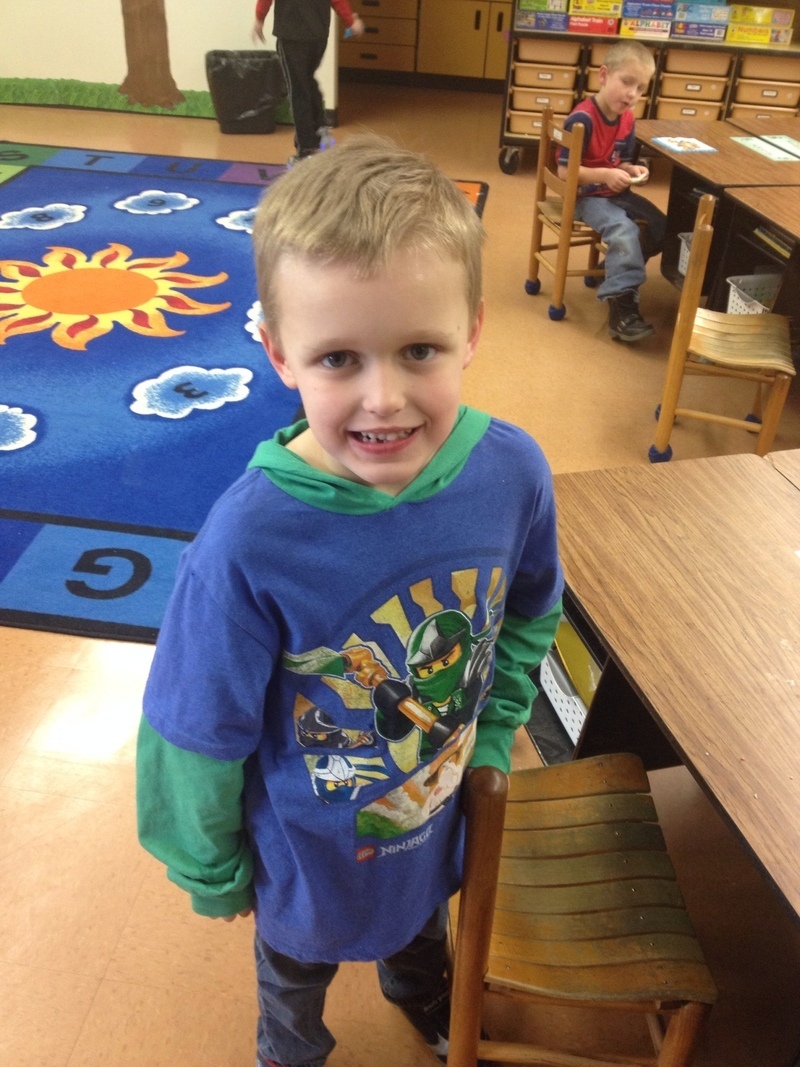 (He was pretty happy after his cupcake!)

Jax couldn't wait to go to PE on his birthday and get his "Birthday Spanking."  I'm not sure what that all entailed but apparently all the kids think it is cool.  He's got a really neat PE teacher that just loves her job and all the kids and makes PE lots of fun.

While he was at school, Julie and I decorated our dining room with Skylander's stuff.  It totally surprised him and he loved it! 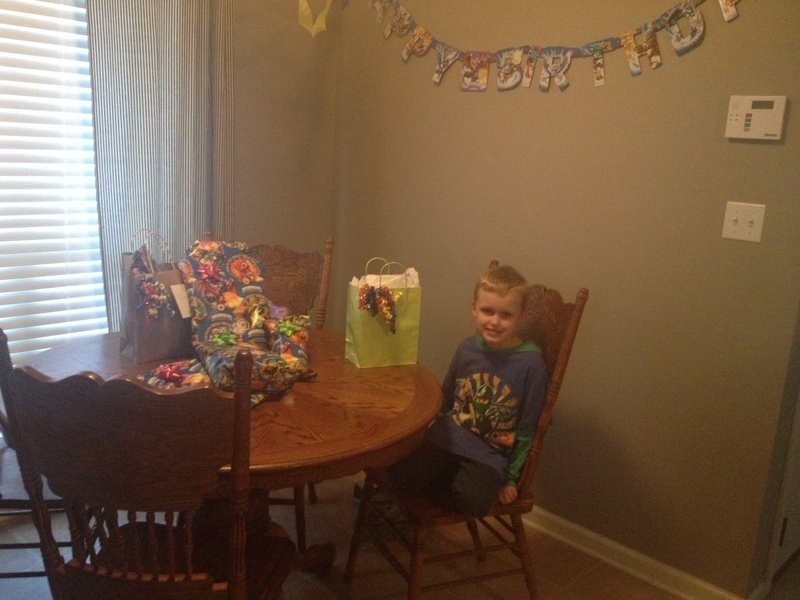 After Justin got home from work, we opened presents and we had some family came over to wish him a happy birthday!

Here he was thinking about his wish... 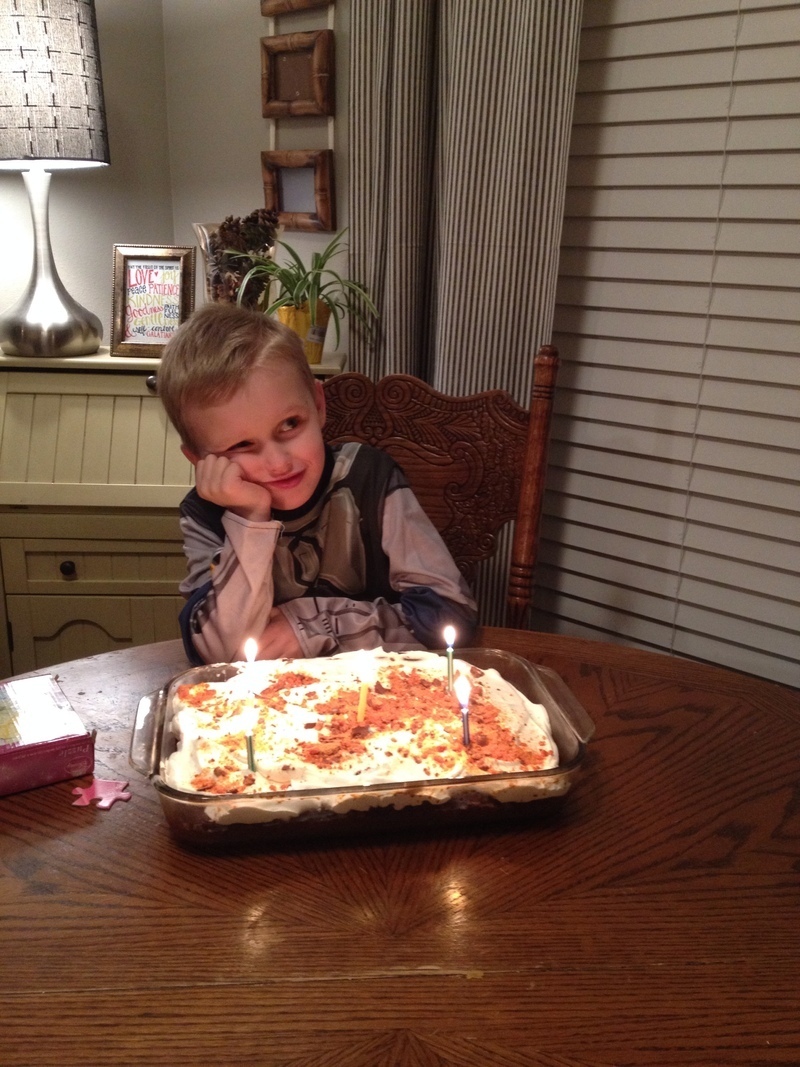 On Friday evening we went up to a restaurant called All Aboard.  We had heard about it-that the kids would love it and they did!  A train up above the tables goes around the track and delivers your food.  Both Jax and Julie were fascinated with the train and couldn't wait to see which table it would drop off the food. 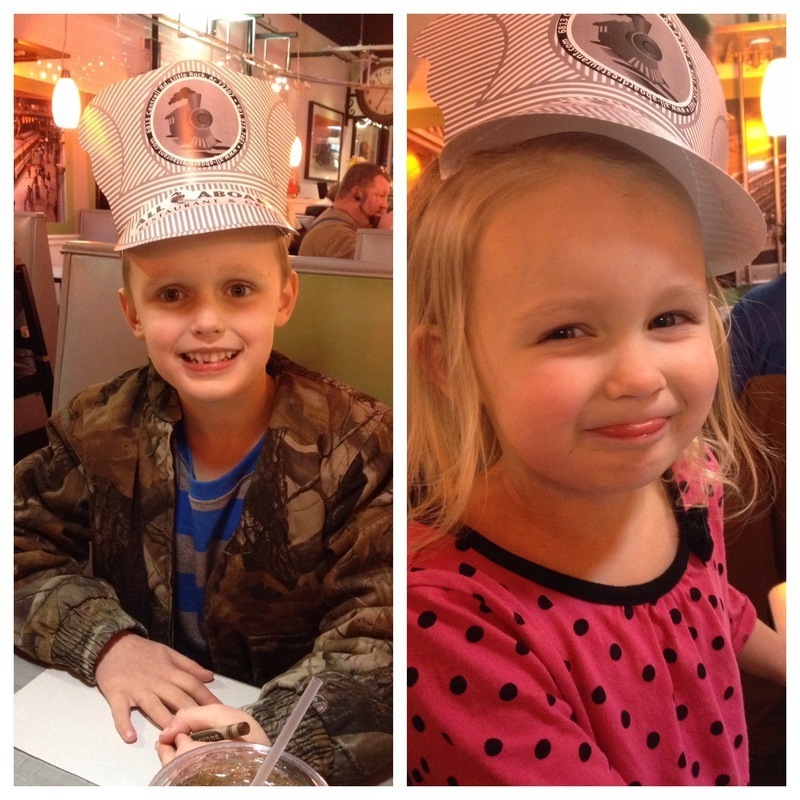 Jax wore his conductor hat all night, but Julie took hers off after a couple of minutes because she was wearing her bow and it just got in the way.  (This girly, girl is very proud of her new bows!)

On Saturday was his bowling party birthday.  We picked up his Skylander cake and was so proud of it! 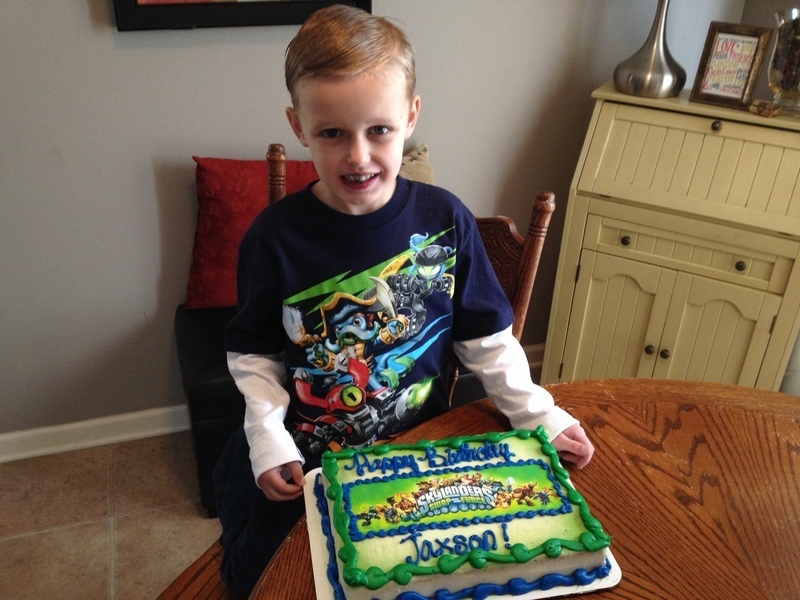 The kids loved to bowl and Julie got a ton of spares!  This is how she bowled and let me tell you, it sure worked!  She held her own during the game with all the big kids! 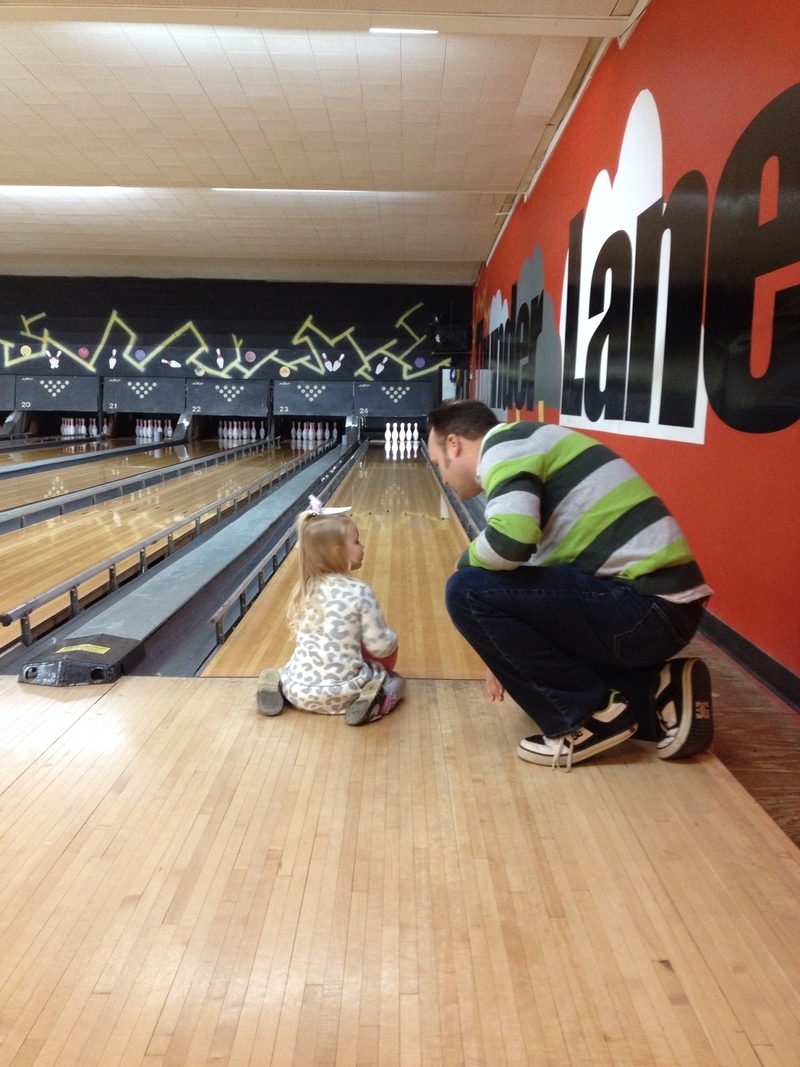 After the game, it was time to eat cake and open presents! 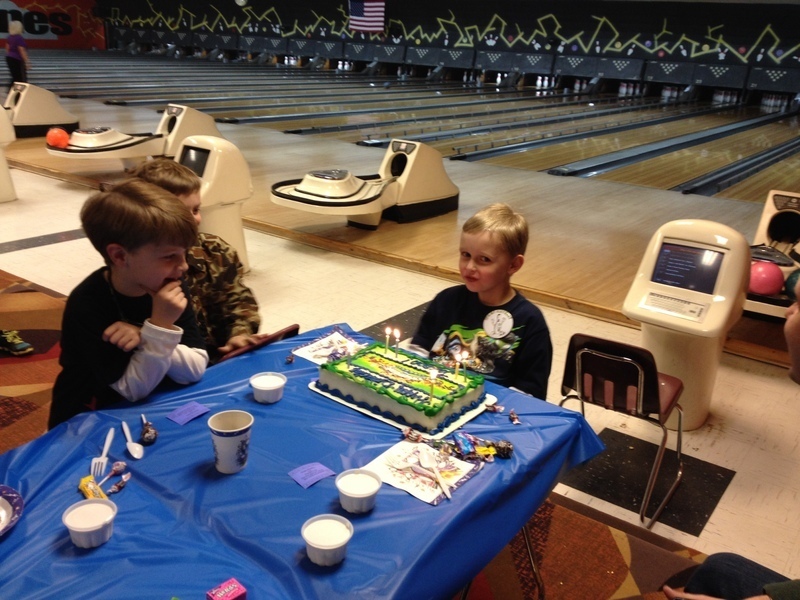 Jax had a blast during his impromtu three day celebration.  I'm tired...and poor Julie could not stand that someone else was getting tons of attention.  She has it already planned out that she wants a princess birthday party and that she is going to dance at her party.  Now, I'm not too sure I'll be planning a three year old princess dance party, but I'm sure I can plan something she would approve of.  Sheesh.

Happy 6th Birthday Jax!  You are such a blessing to our family and such a sweet kid!