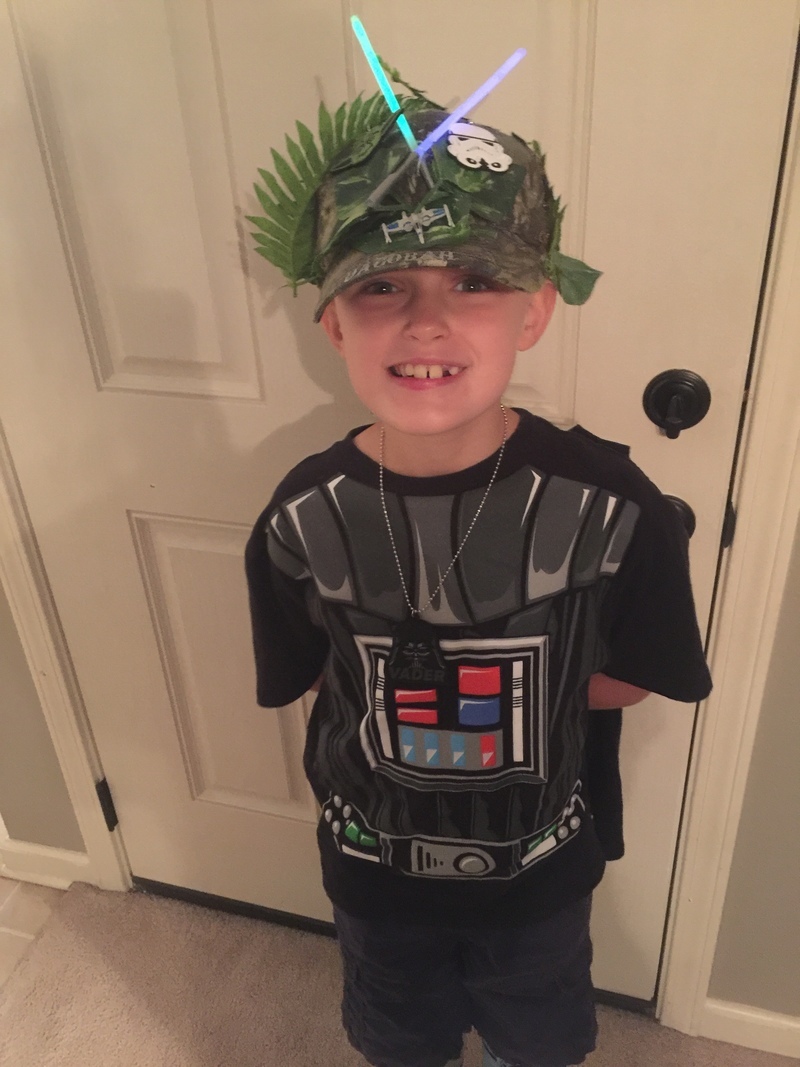 Scrappy Caps.  This thing about did me in.  But apparently, Jaxson's class is reading a book and they need to make a scrappy cap to use their "imagination" when they are reading the story.  Which really means that the parents have to be crafty and come up with something-quick!  Jaxson decided on a Star Wars theme (shocker!) and chose Dagobah which is Yoda's swampy home.  I stapled some leaves to the hat and some figures of the characters.  And for good measure-Luke's X-Wing that was stuck in the swamp. Add couple of lightsabers that were really glow sticks and....voila!  Done.  And Jax was very happy! 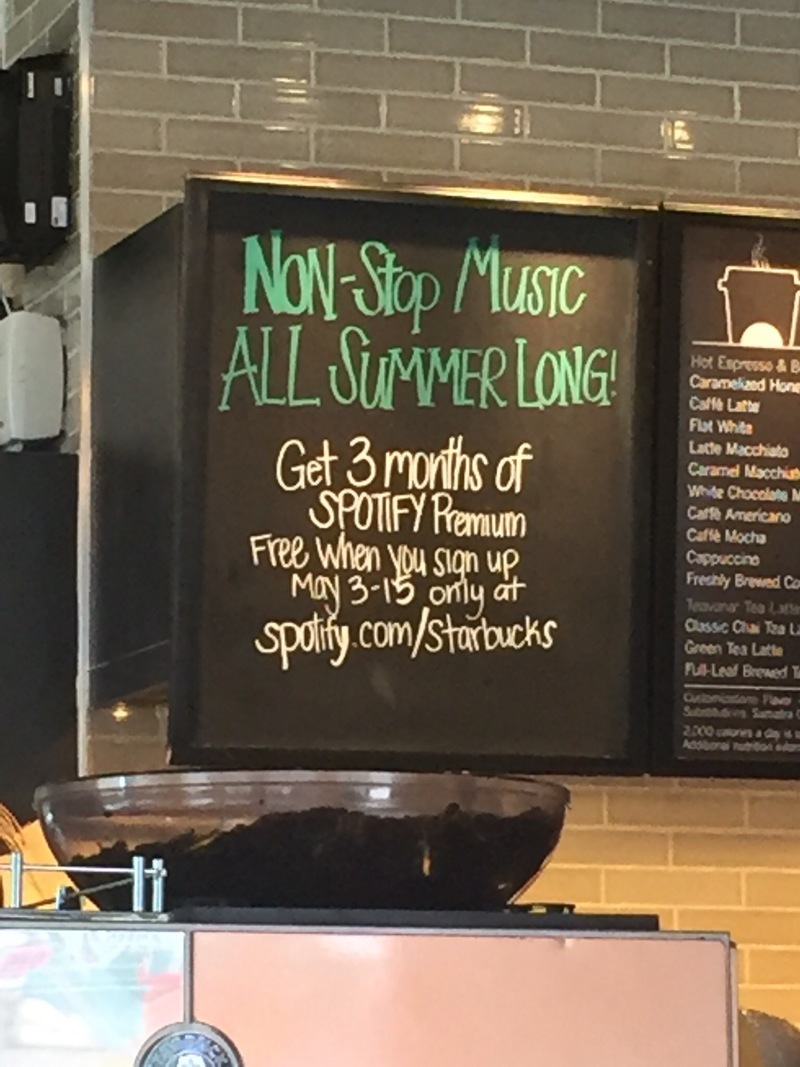 Justin had to go to Little Rock to deal with the car business.  While there he went to Starbucks and found out this deal was happening.  Yes!  I miss having my Apple Music so this will kinda be the same thing.  Especially when Julie will request songs from the radio and I have to explain to her over and over again that the radio just plays the songs.  I can't chose them.

There is a lot of germs going around the preschool.  Which makes me thankful for it being the second to last week of having to be there.  I ended up with an old fashioned cold.  Man, I felt terrible.  I stayed home from Wednesday night church to take care of myself. 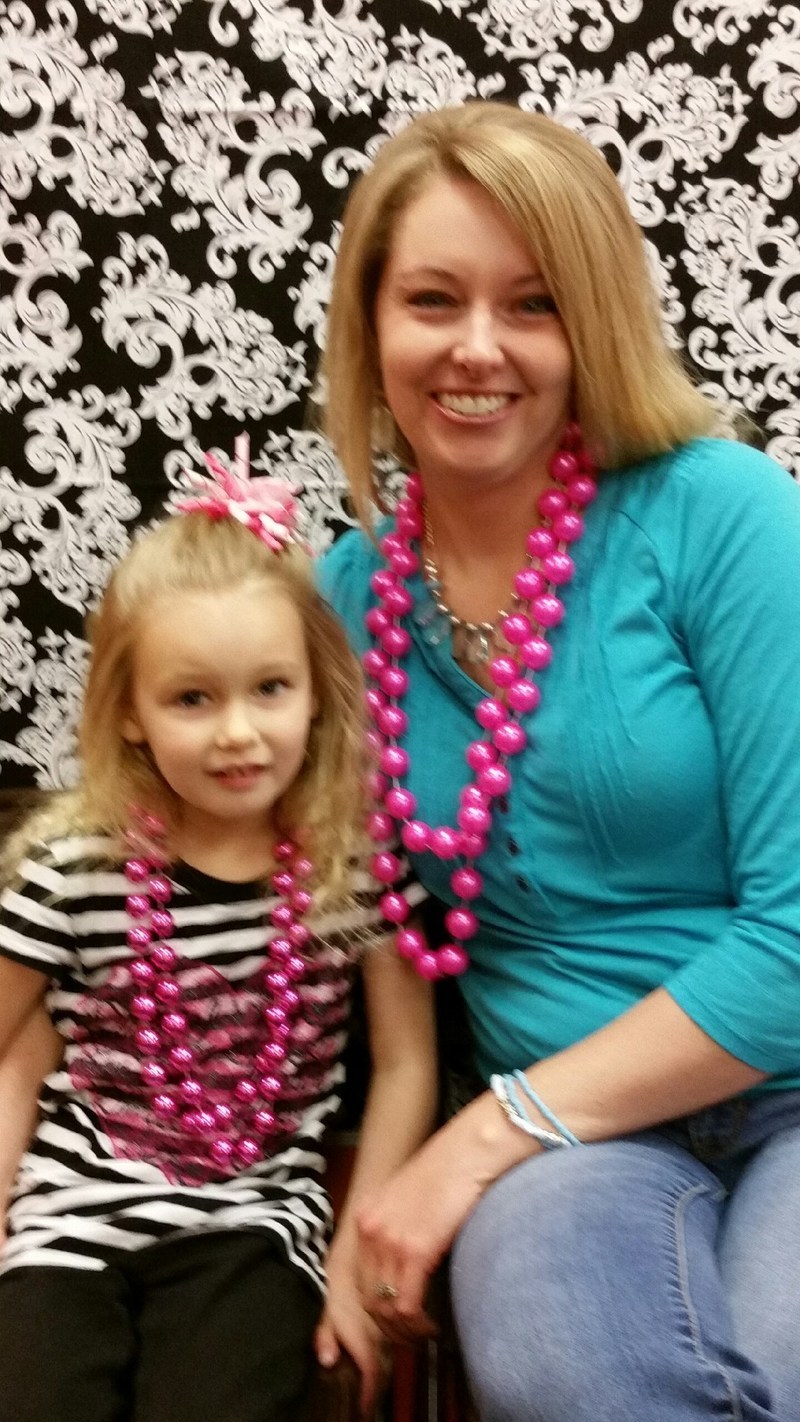 Muffins for Mom at the preschool!  This was our photo booth picture.

I was still recovering from my cold.  Which makes me sound like a baby.  But it really got me good. I ran a couple of errands and parked myself on the couch and enjoyed my day off. 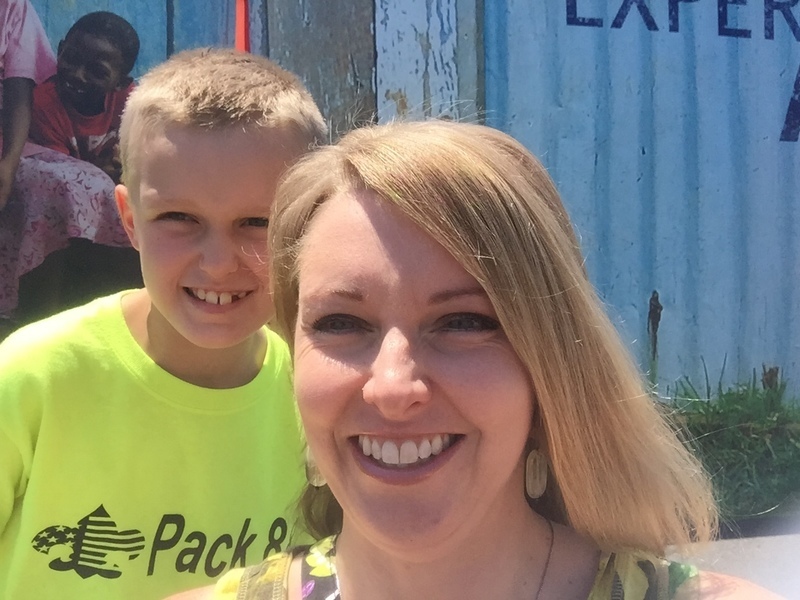 The Compassion Experience was in our town and I really wanted to see it. (It's basically a recreation of what a child's life is like in extreme poverty.  Compassion helps get those children sponsors so they have adequate medical care, food, and education.)  I also wanted to take Jaxson so he could see how other kids lived in other countries.  We ended up all going and Julie wanted to see it too.  Well, we went to the first child's story (An actual true story of a real child!) and it was based in Africa and the little boy had to go to jail for stealing.  Poor Julie started crying because she got scared.  It really wasn't scary, but to her it was.  So Justin held her and the boy's story did get much brighter-once he was sponsored. Afterwards, Jaxson and I went to the little girl's story while Justin and Julie went to the car.  We really enjoyed it and it helped open Jaxson's eyes to see that these children didn't have much and lived in very tiny homes.  His bedroom is bigger than the homes these children lived in with their families!  Jaxson asked a lot of questions about that afterwards.  Julie wouldn't talk about her.  She may need therapy after all that.  (Sheesh.) 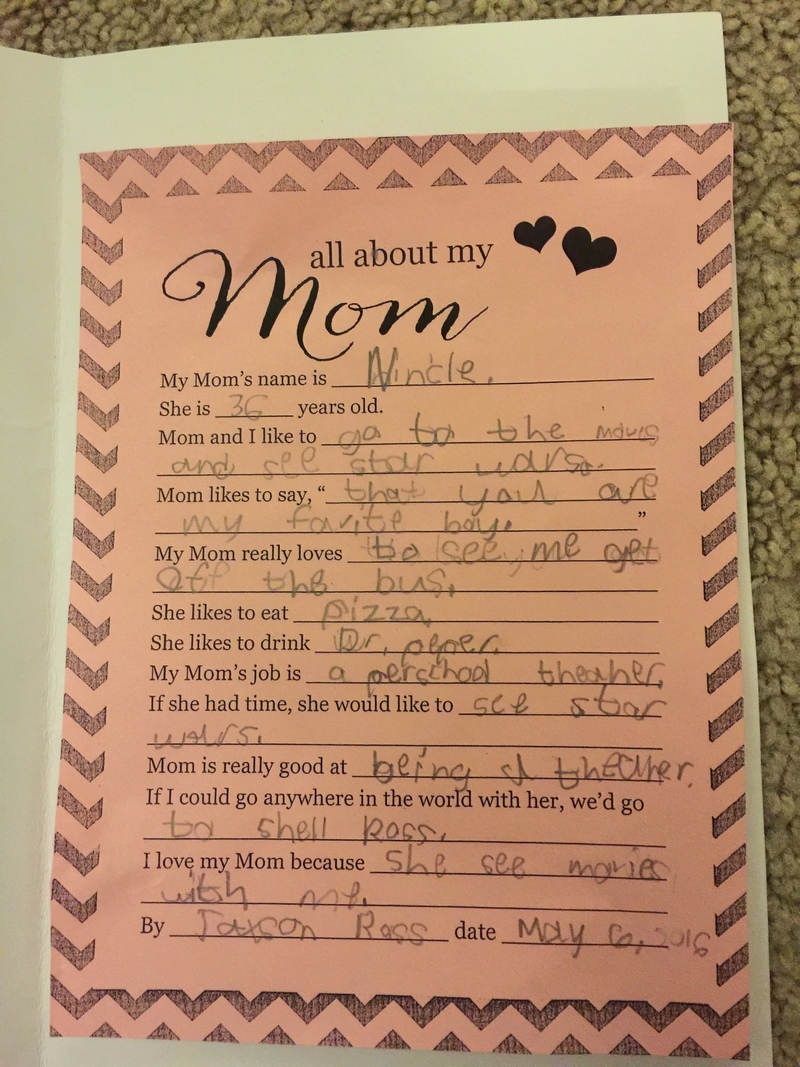