It's that time in Cub Scouts-the Pinewood Derby!  This is the first year that Jaxson has participated in it and he was pretty excited. Of course we pulled up some youtube videos to see any tricks to making the car fast. Btw-there are, but some people get really serious and we just weren't ready for that kind of investment!  Yikes!

So Justin and Jaxson put the car together and they probably put a total of 40-60 minutes. Jaxson painted the car in a Star Wars theme and it was ready to race.

At the Pack Pinewood Derby, Jaxson's car held up great!  It actually beat some cars and much to my surprise he got second place!  He was so happy and we were too, just because there were some fancy cars. But it seemed the fancier the car the slower it would go. 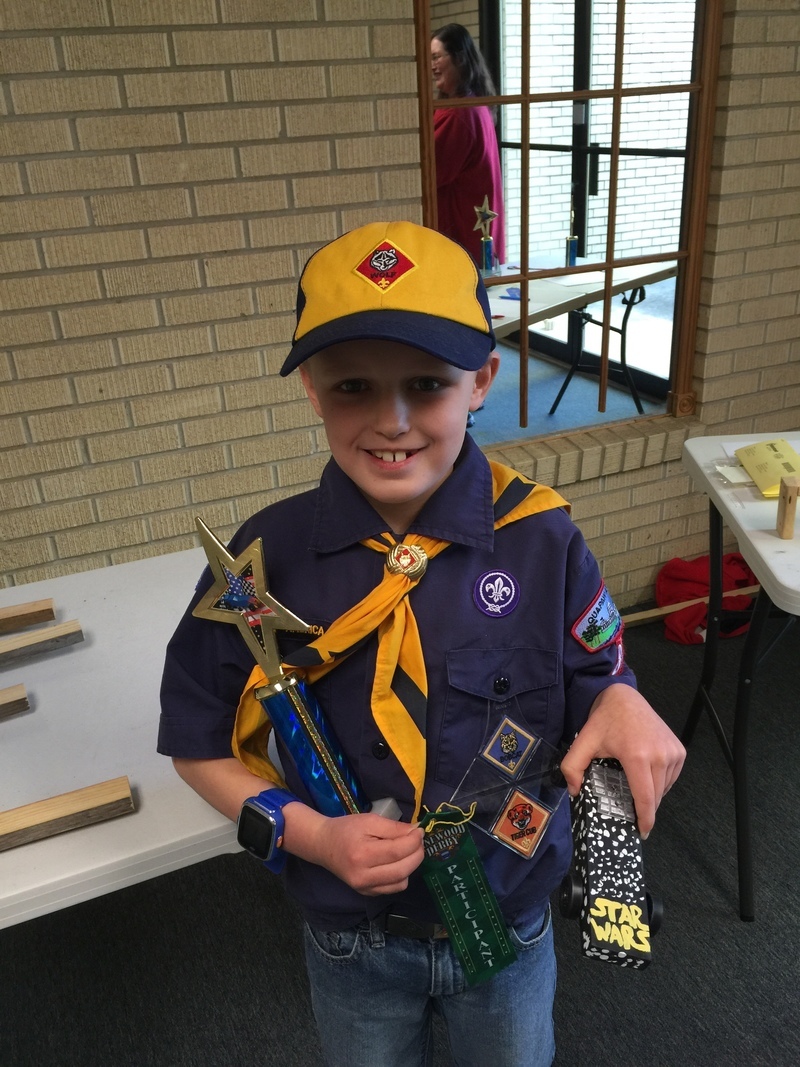 Yesterday we went to the District Pinewood Derby. Now, we warned Jaxson that there will be a lot of cars there and not to expect a trophy. And again, his little car won some rounds! 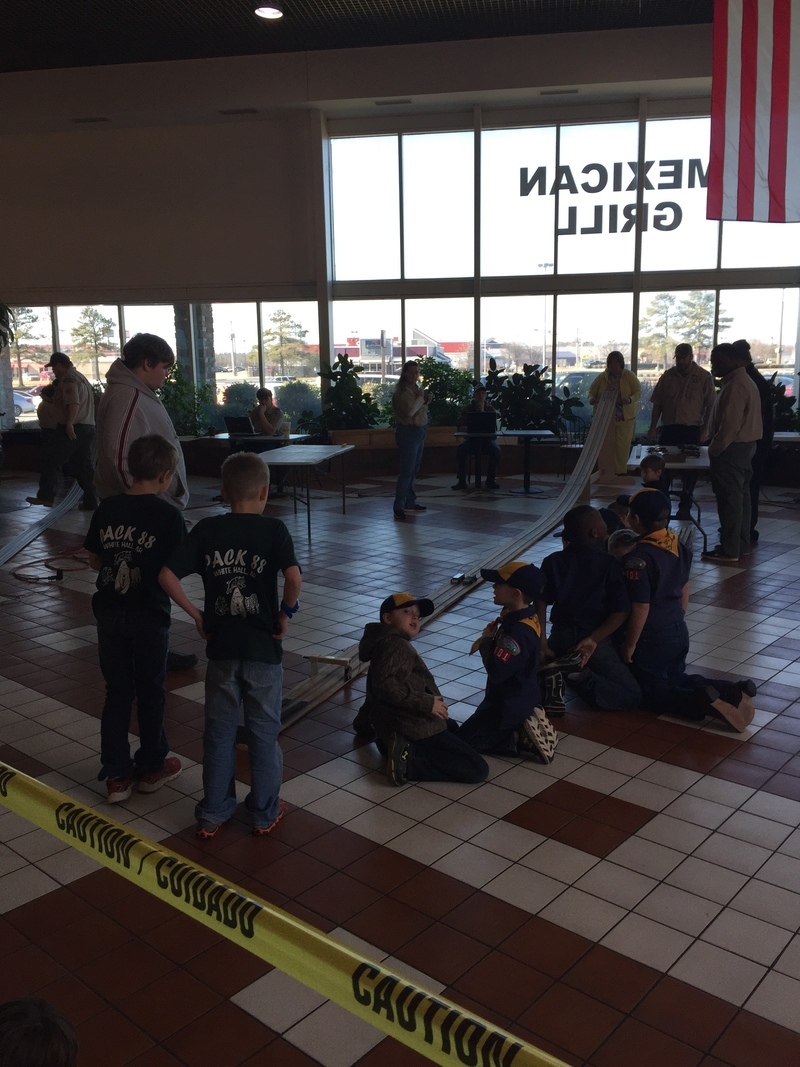 He ended up racing several rounds, but didn't end up placing. But he had fun and was happy with a participant's ribbon. 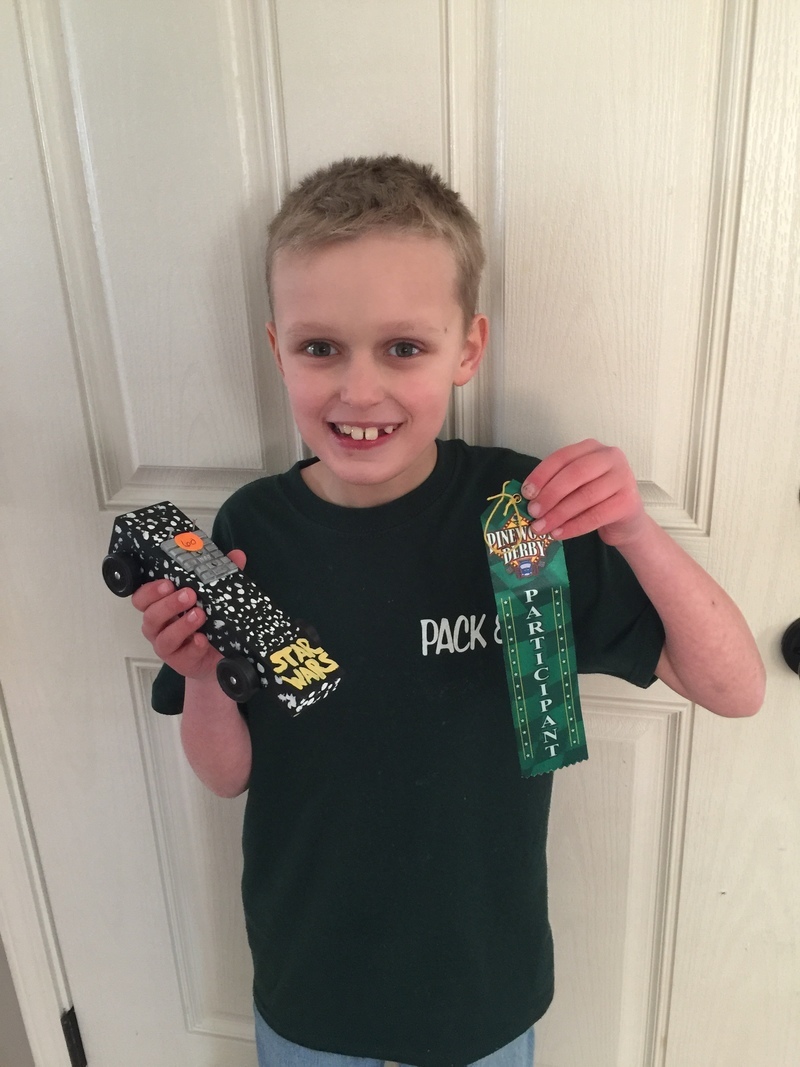 Then last night Jaxson showed me that he made a Pinewood Derby track in his room and he was racing cars. It's actually pretty smart because he modeled it off the track they used yesterday. So he's been racing cars all night and getting Julie involved. Funny how in his pretend derby he always wins first place.....

Jaxson is very proud to be in Cub Scouts.  He joined last year and was a Tiger Cub.  This year he is a Wolf!  A lot of his friends have joined and he just loves it.

We finally bought the Wolf part of his uniform.  Each year we have to swap out the hat and the neckerchief.  And he was so happy to have all of it put together.  So happy, in fact, that he was taking a bunch of selfies on the iPad with different faces! 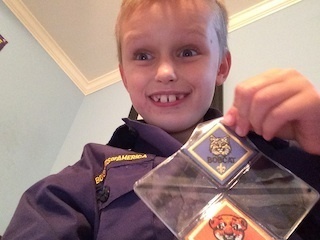 Who taught him this?  Is this just something ingrained in the younger generations?  I told him how we didn't have internet when I was a kid and that just astounded him.  And his teacher told him that phones used to be hooked to walls....how medieval!

Anyways, this weekend we had a car wash to earn money for the troop.  It was a little cold and windy, but those boys worked hard!  And there was always a constant line of cars just waiting to be washed.  It was amazing.  In the end, we earned a bunch of money for the pack to buy awards the scouts will be earning later this year.  And while he was tired of washing cars, I think he enjoyed hanging out with his friends and getting all soapy! 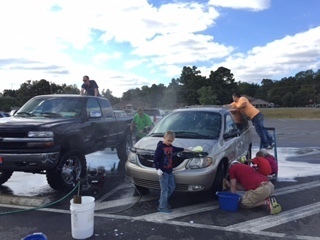 (And notice all us parents had to join in to get the tops and bottoms of cars!  There was always a spot that was missed!)