Jaxson lost another tooth tonight.  He came home from school today just wiggling that thing away until it was hanging on by a thread (or gut, as Jax likes to call it.)  And just before bedtime, he pulled on it and out it came!

He was a little worried that the Tooth Fairy wouldn't come because it was getting late, but I assured him that she will.  And that maybe she even had an app on her iPhone that told her to stop by Jax's house.  He thought I was being silly, but if I was the Tooth Fairy (ahem) that's what I would do.

Anyways, I was prepared this time around.  When his first tooth was lost, we had just moved in to this new house and I boxes everywhere.  This time around, I didn't have to worry...the Tooth Fairy had gotten some cash and a new Star Wars Lightsaber tooth brush! 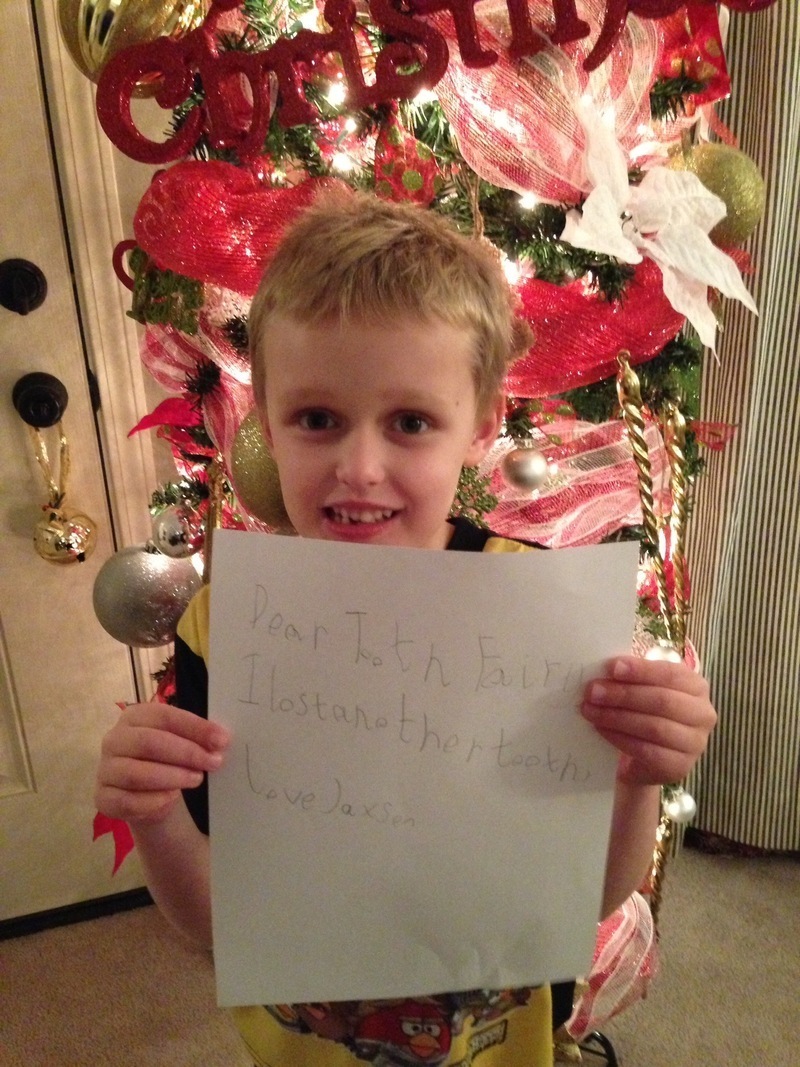 Jax's letter to the Tooth Fairy is so cute.  He needed help spelling some words, but other than that he wrote it by himself. 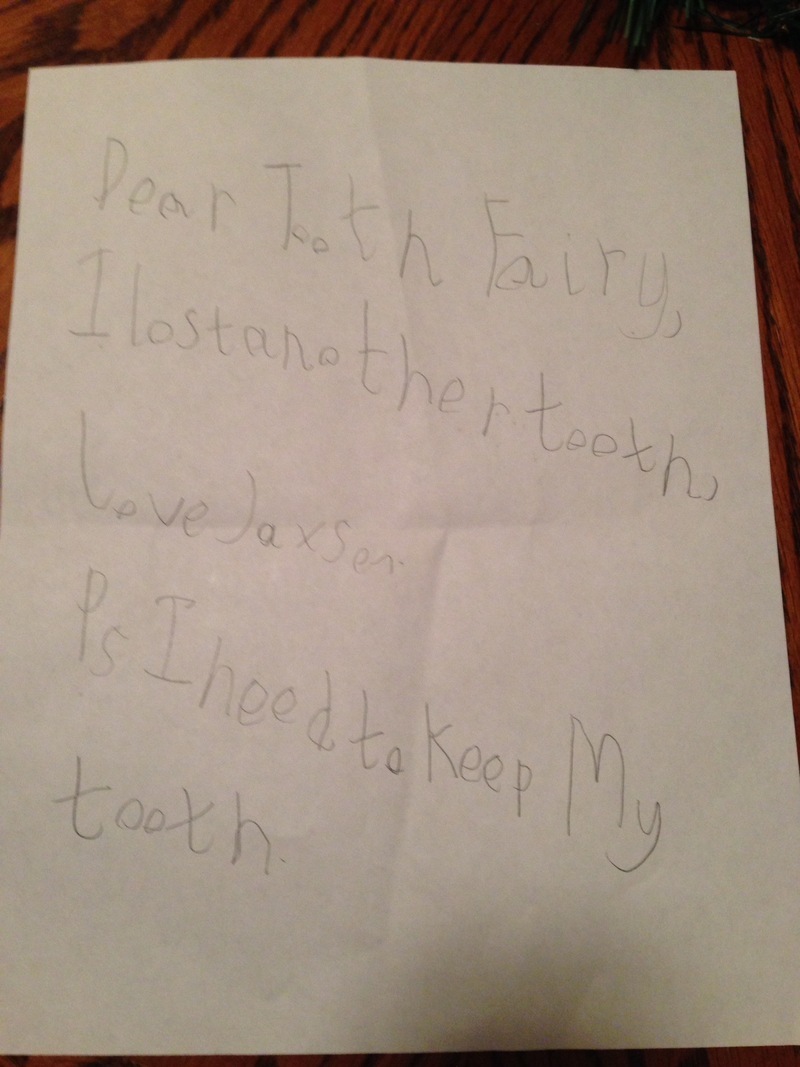 I lost another tooth.

PS I need to keep my tooth. 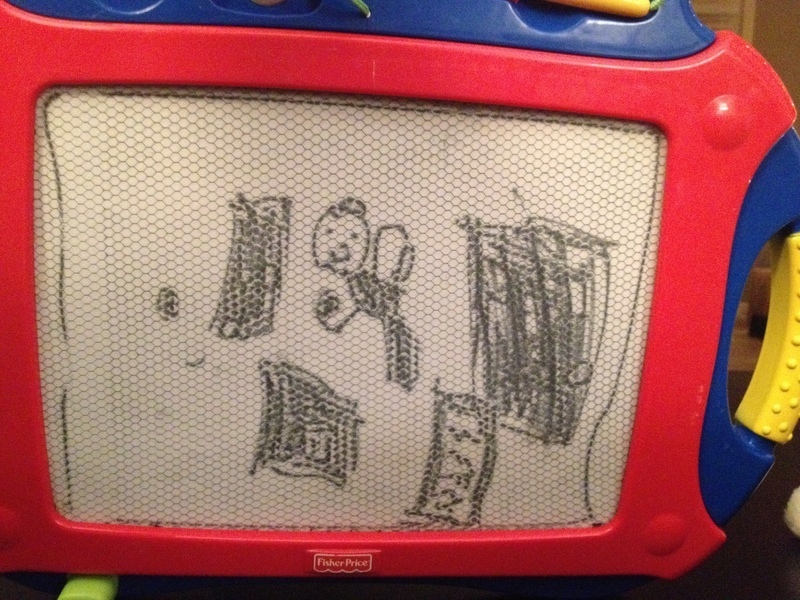 And while he should be sleeping, he was drawing this picture of the Tooth Fairy coming into his room.  He drew his door, the Tooth Fairy (complete with a wand!), his note, and her bag of teeth.  Pretty creative!

Now let's hope this boy goes to sleep soon, so this Tooth Fairy doesn't have to stay up too late delivering the goods!