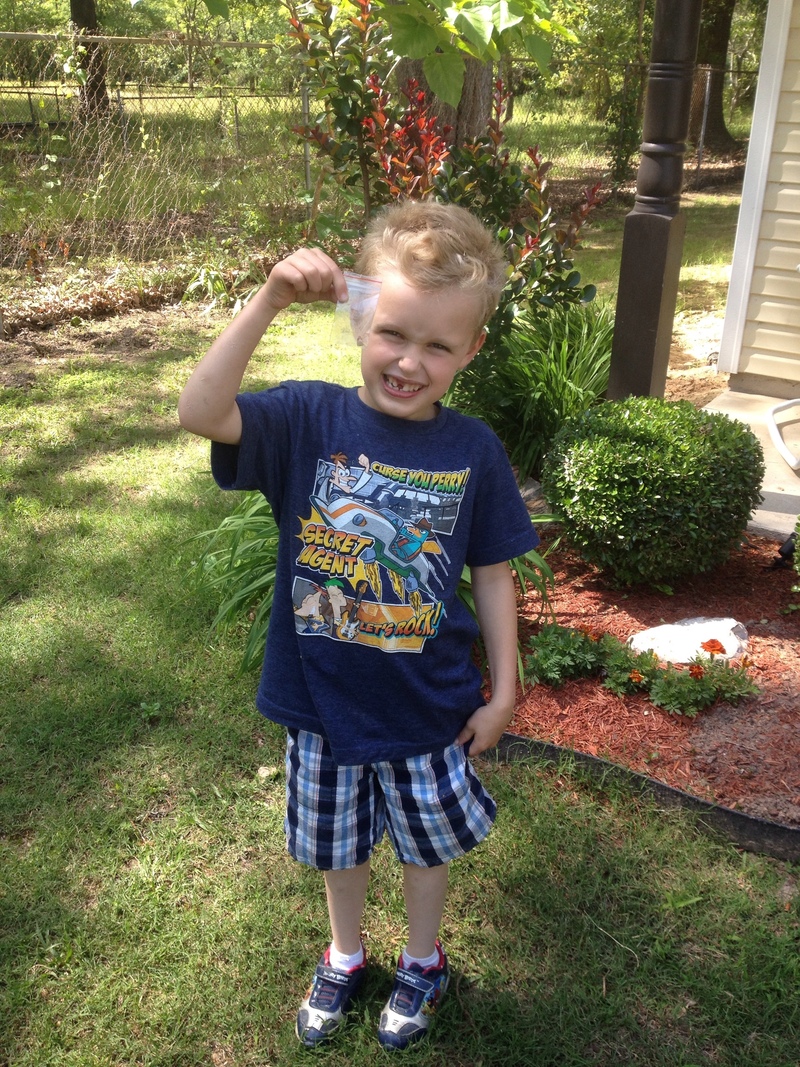 Jax has had a really loose tooth for a couple of days.  It was so loose that it would swing out in front of his other teeth and make him look like a country bumpkin.  In fact, before I would take a picture of him I would have to tell him to put his tooth back in place.  It was gross.

Finally today at school, he was in art class and he wiggled it and it came out.  He was pretty excited that he lost another tooth at school.  I guess it gives him a lot of attention.  Come to think of it, that is probably why he didn't work too hard getting it out when he was home.

When I picked him up at carpool he told me how he didn't lose it.  I didn't see him because I was driving so I answered the usual "uh huh." and drove on.  But he was really playing a joke on me and told me all about his tooth falling out.  Everyone starting laughing with him and he had to go to the school nurse.  He loves to go to the school nurse.  Unfortunately, she wasn't there but he ended up getting a baggie for his little tooth.

He told me that his friend Ally said he looks really funny when he smiles.  He's pretty proud of that huge gap in his mouth now.  He thinks it is so cool that he can stick his tongue through the gap now!

Jax wrote the tooth fairy again so he could keep his tooth.  The tooth fairy knows that he wants to keep his tooth, but I guess he wanted to be sure.  She brought him some money and a new tooth brush.  It's a Batman tooth brush that lights up AND makes sounds.  He was pretty happy with that and couldn't wait to use it this morning.