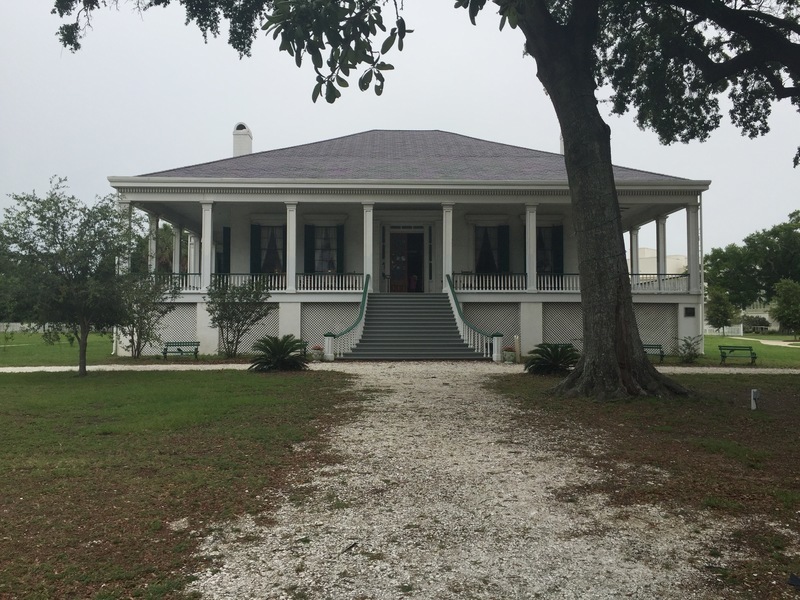 We woke up and our first stop was Beauvoir!  This is the house that Jefferson Davis stayed at/lived in after the Civil War and in his later years. 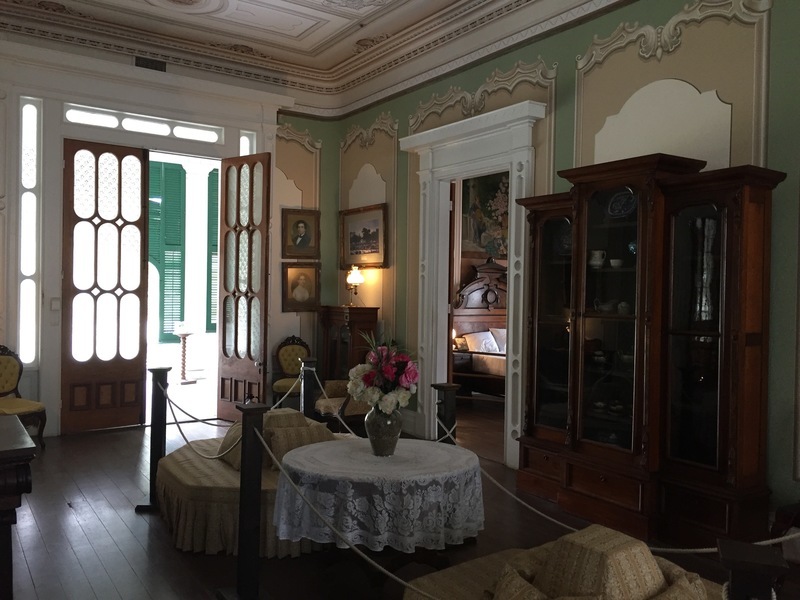 This house was considered a mansion back in the day.  But it really only has 5 rooms.  This is the entrance into the house.  It was absolutely beautiful.  A lot of the pieces inside the house were original, only a couple were replicas.  (Due to Hurricane Katrina.  More about that later.) 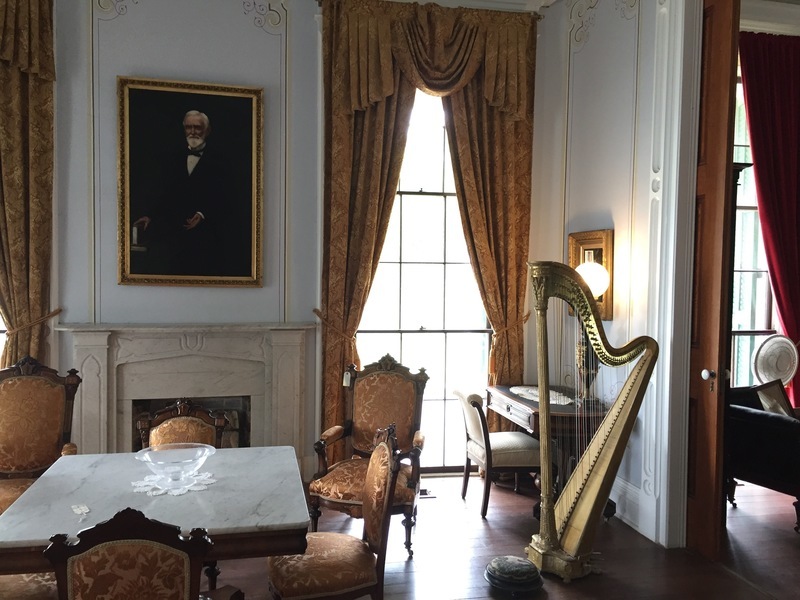 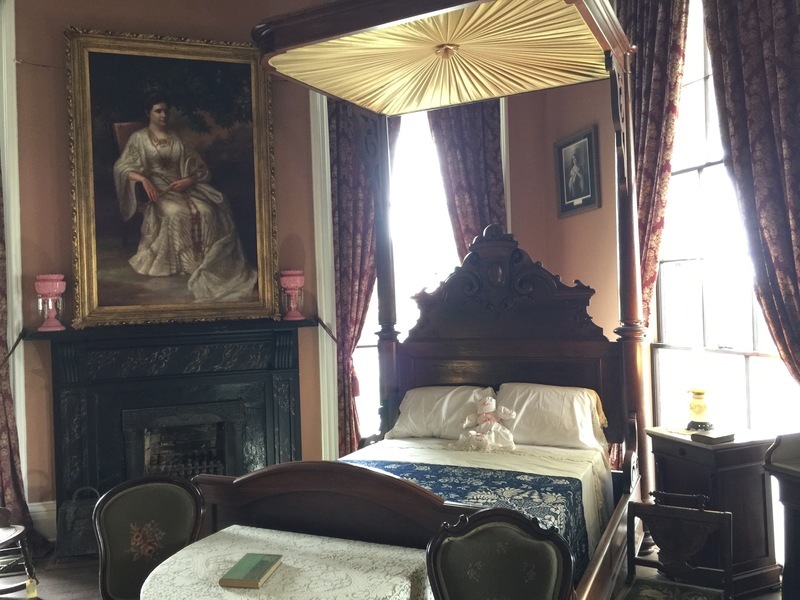 The bedroom of Winnie.  (His daughter.) 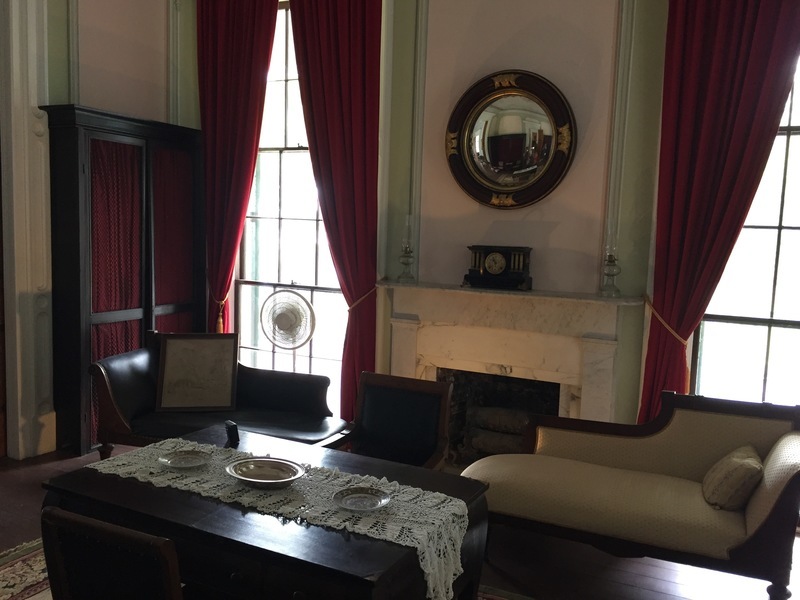 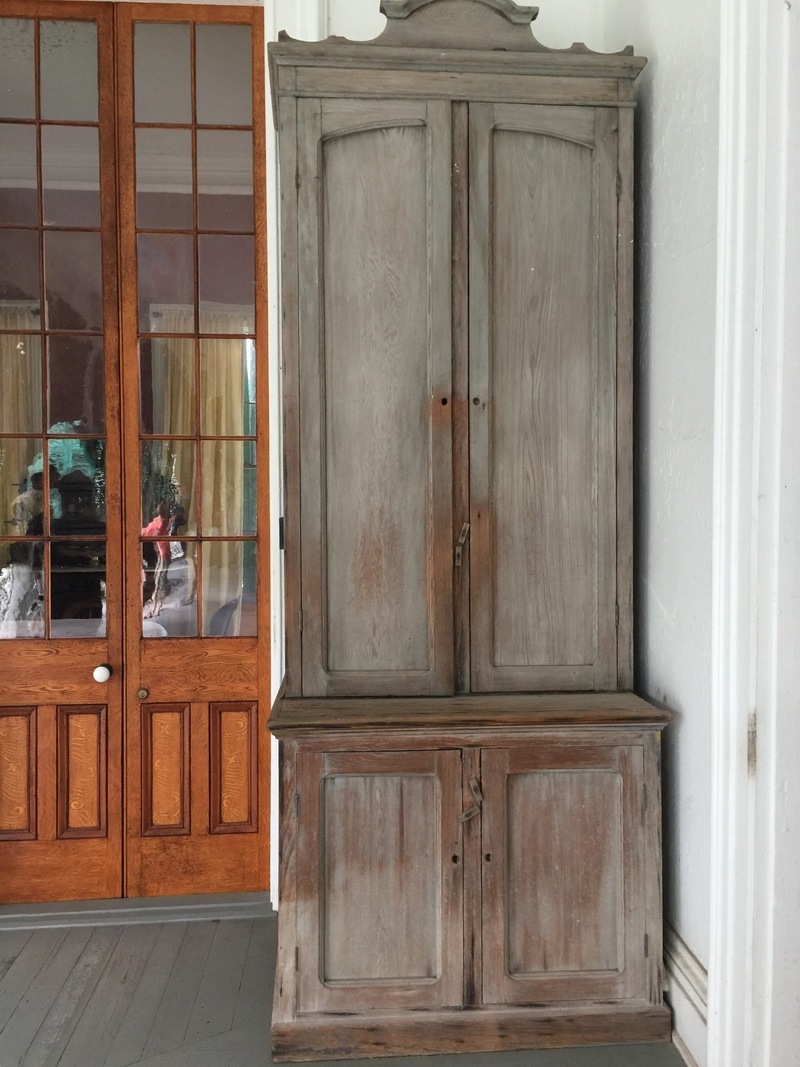 The hutch was also original to the house.  And if you look at the bottom you can see how high the ocean was when Hurricane Katrina came through.  Remember-the house is already high off the ground.  The water was crazy deep. 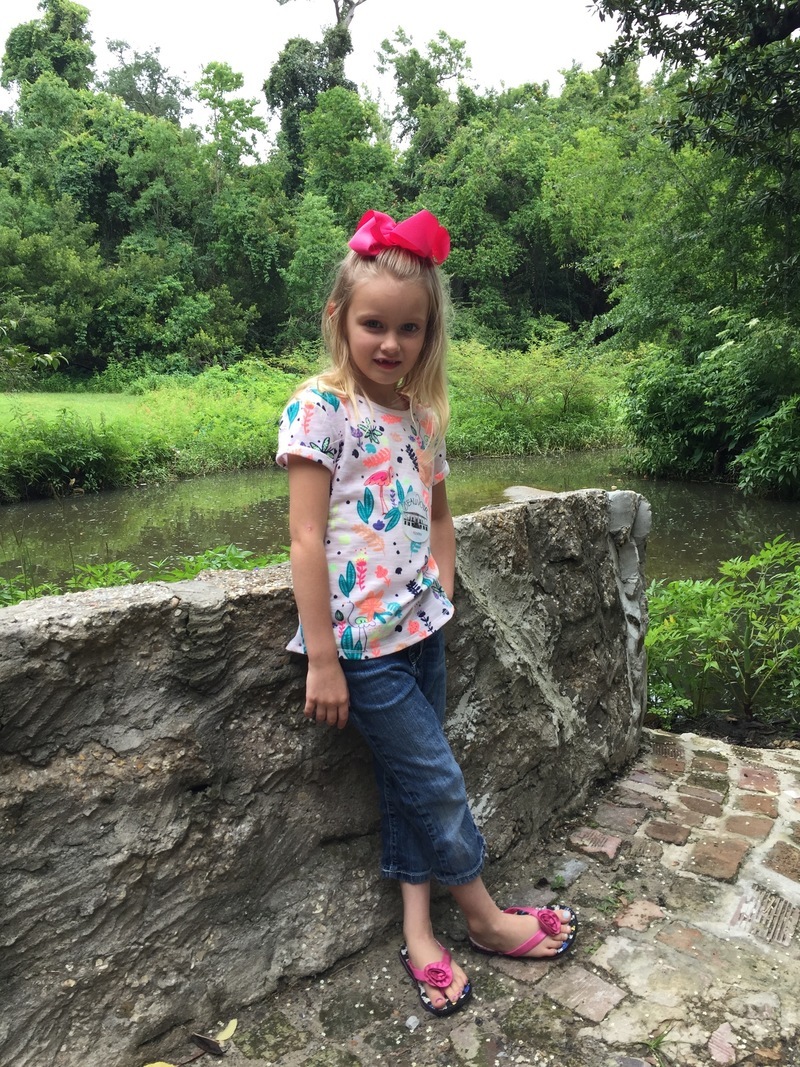 After the house, we we walked around the grounds and it was really pretty.  Although there were signs to watch out for "snake crossings!" 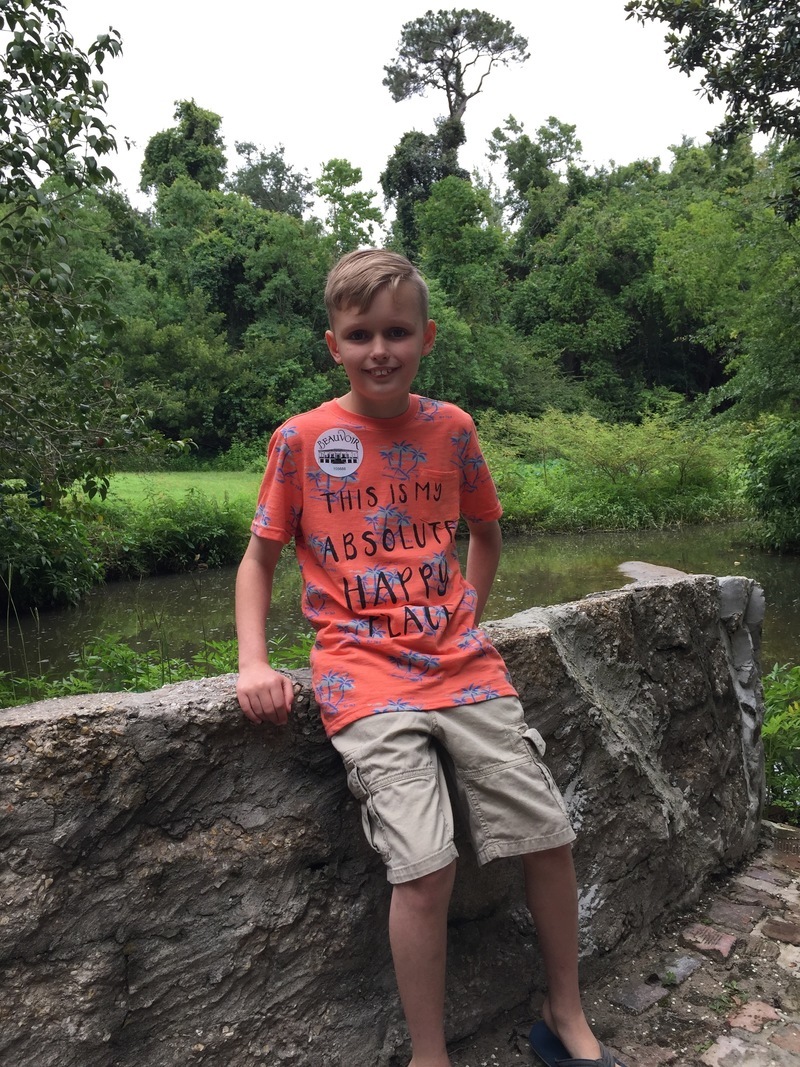 This was a fun place to visit and had lots to look at.  Unfortunately, Hurricane Katrina really did a number on Biloxi.  Lots of things were flooded and ruined.  The Presidents Museum with a lot of artifacts was destroyed.  They have since built a new one and you can see they put everything on the 2nd story-just in case.  The house was boarded up during the storm, but the winds blew the door open and lots of things were flooded and even moved out of the house.  Somethings went missing and still haven't turned up.  A piano was even found in a tree! Justin asked our tour guide why they didn't move the furniture out of the house and she said that they really didn't think the hurricane was going to be that bad.  They were really lucky more things weren't destroyed.  We noticed that even though Hurricane Katrina came through over 10 years ago, Biloxi and the Mississippi Gulf Coast are still rebuilding from it.

Now onto the beach!