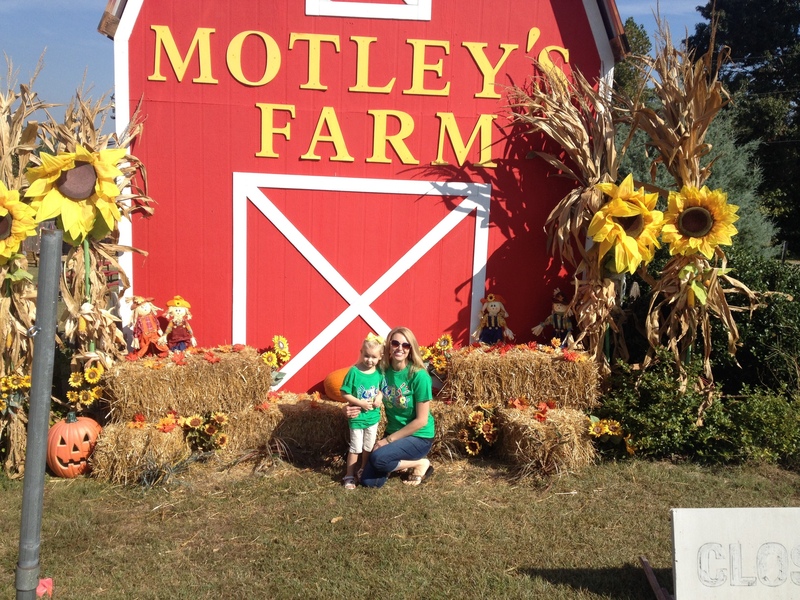 Today the preschool went to the pumpkin patch.  All the kids were excited for it, even though I'm sure the majority of them had no idea what to expect.  Julie told us last night she was picking out a purple pumpkin and getting lots of candy.  And when I asked where in the world she got that idea she said it was from her preschool teacher.  And since I work with her preschool teacher, I knew that really wasn't true. 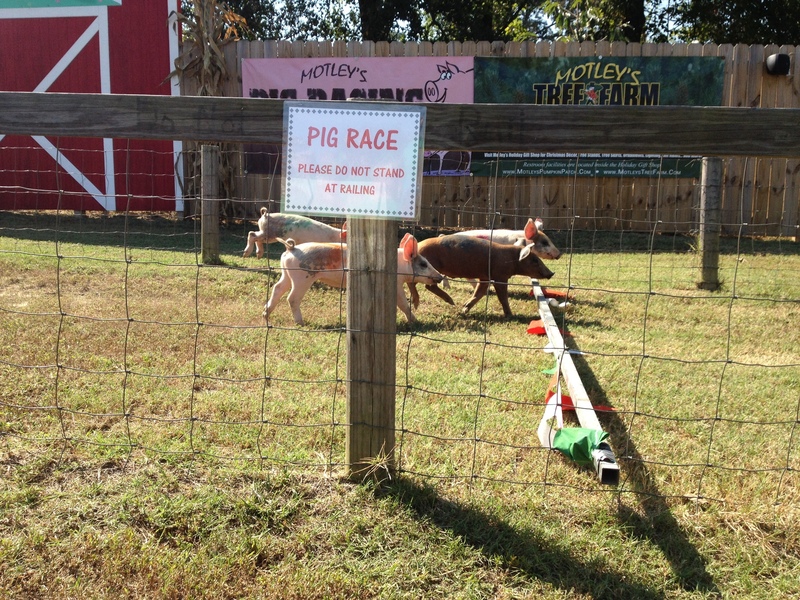 We first started out with the pig races.  And that was actually fun.  I was wondering how the kids would react with that and they seemed to enjoy it a lot.  We also went over to the goats and fed them out of our hands.  Julianne was not impressed with that at all.  She's never been an animal person and this just confirms that she still is not a fan of animals. 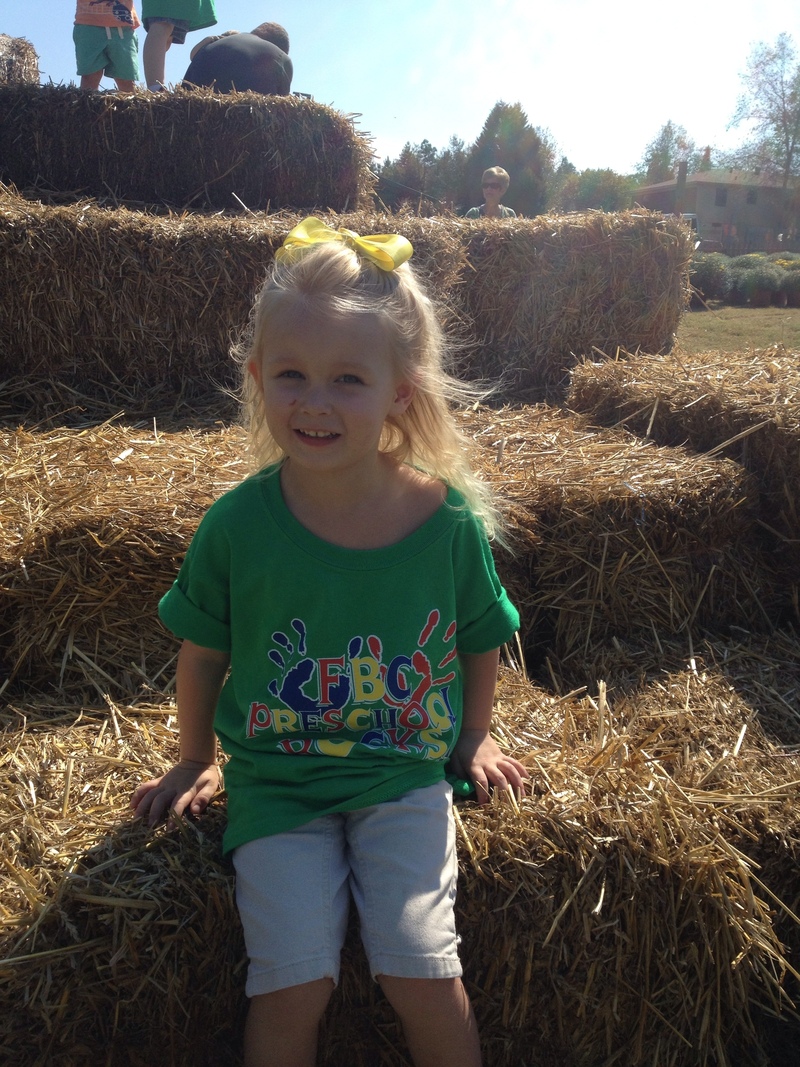 We also went on a hayride too.  It was pretty fun to drive around and look at their decorations for Halloween. 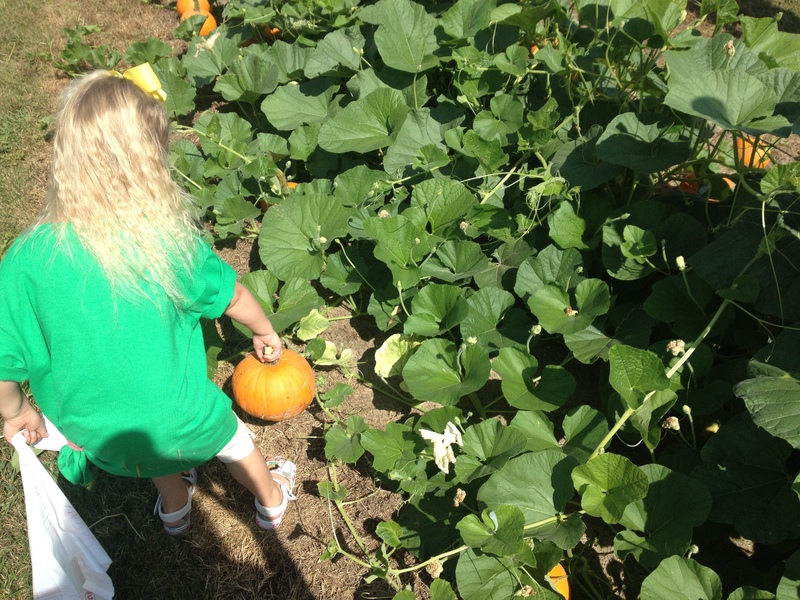 During all of those fun activities, Julie kept asking when she would get her pumpkin.  So finally at the end, we were able to go over and pick one out.  Of course, it was too heavy for her and so I ended up carrying that around.  Along with one we picked out for Jaxson.  They were heavy but I plan on making pumpkin pie out of them so they will be worth it eventually. 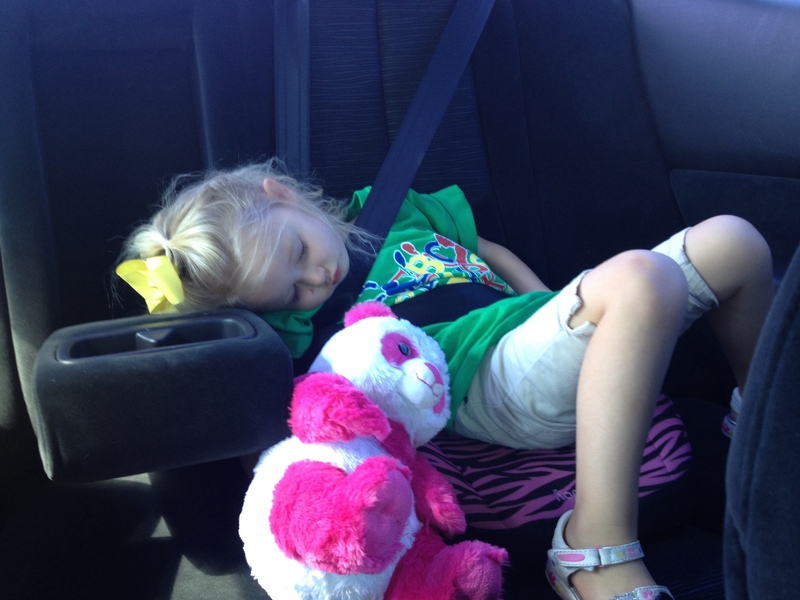 By the time we were done, I had a cranky girl on my hands.  I knew she was hungry.  But clearly she was also tired!