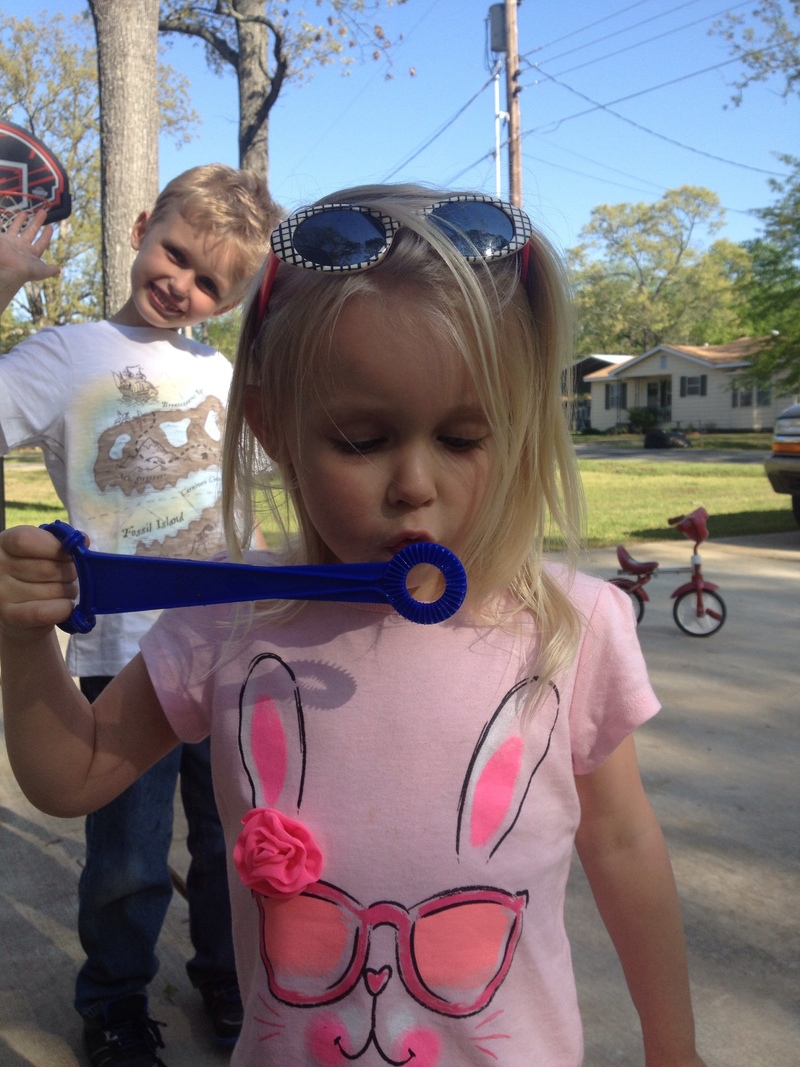 I love the funny things that Jax and Julie say:

One day we went to McDonalds that Justin used to work as a teen.  As he was reminiscing, Jaxson asked why we weren't going inside.  I told Jax that Daddy was having a trip down "memory lane."  Jax asked, "Can I go to?"

During Holy Week, I was telling Jaxson about Good Friday and what it meant.  He ended up calling it Happy Friday instead.

Julie said I couldn't give her kisses.  So I said I would just lick her instead.  She laughed and said, "I'm not a Popsicle!  I'm just Julianne!"

Jax likes to pretend to be a wrestler.  His current wrestler name is The Finisher.  He weighs 255lbs and his signature move is somersaults to knock his opponent out!

We watched The Middle and in the episode Axl didn't have any money on his food card at college.  He ended up having to put the food back in the buffet.  A couple of days later Jax asked if I could send money to college so he can eat.  He was very worried that he would have to put the food back.  I then realized that he was talking about the episode we just watched!  I assured him that WHEN he goes to college we will make sure he has food!