Remember how this last week school was canceled before a snowflake or freezing rain drop fell?  And then it turned all to rain and it was a little bit of a disappointment?  Well. Last night we received yet another Winter Storm Watch/Warning warning us that we *might* get 1 to 2 inches of snow.  Well, after our Tuesday disappointment, I really didn't think we would see much.  And they were projecting that his "snow" was going to hit central Arkansas which when that happens, it misses us.

Imagine our surprise when after going out to eat, we came outside and it was snowing teeny tiny flakes.  Again, no biggie.  We went over to Justin's parent's house and hung out for a while.  During that short amount of time, the snow came down.  All the kids were excited and immediately went out to play in it.  Our so called 1-2 inches was already over 3 inches and still falling like crazy.  We were all shocked.

Of course, we had to let the kids play in it before we came home. I tried to get a picture but as you can see, it's pretty dark out.  But look how pretty the snow is! 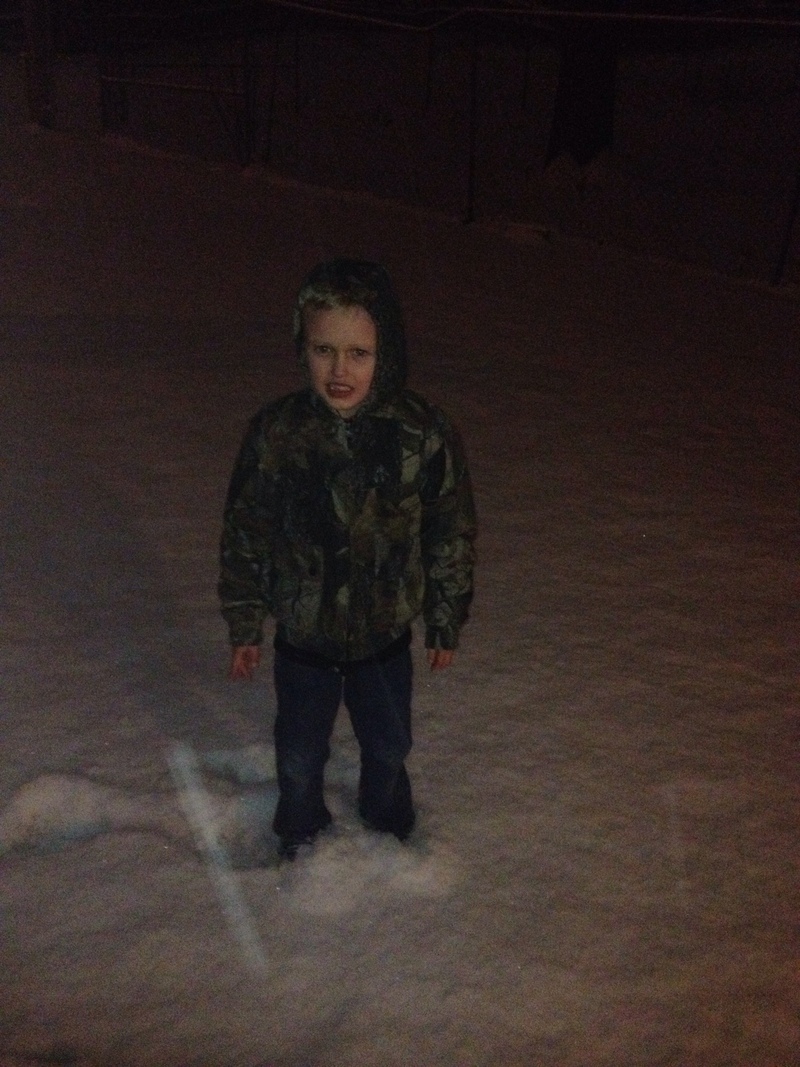 Poor Julie.  I tried to get her picture and little did I know that a snowflake totally photobombed her! 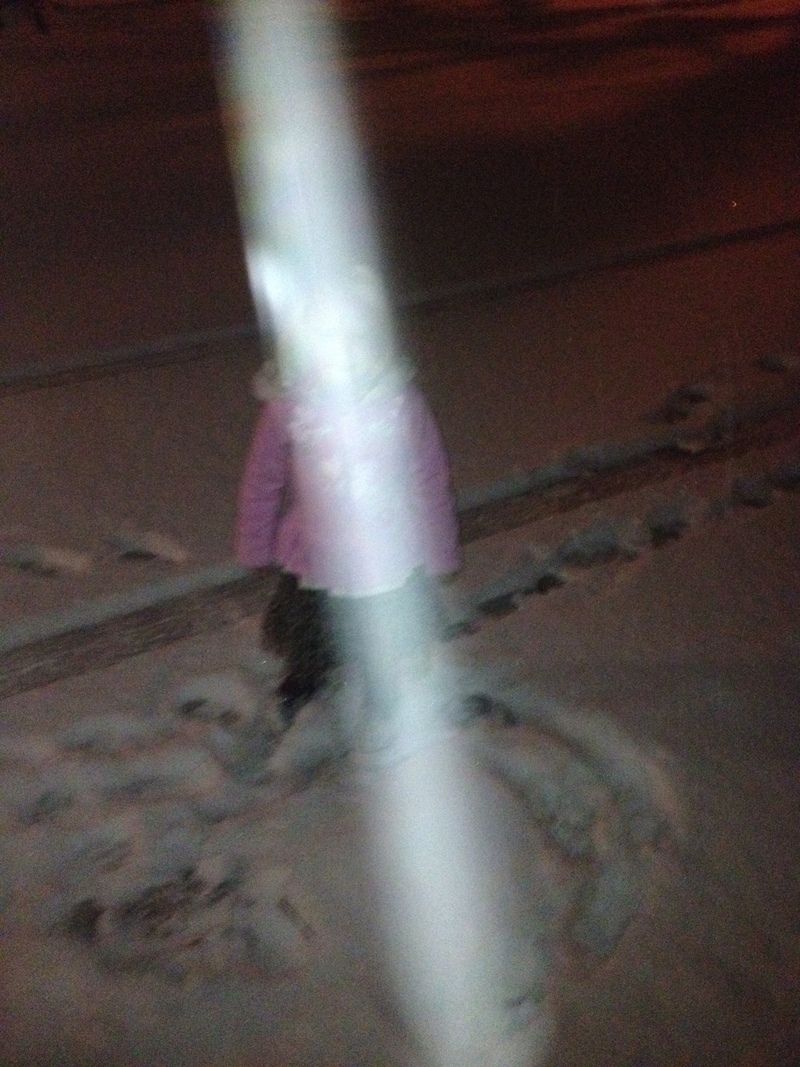 When the kids woke up this morning, they immediately headed outside.  It was so cold, but oh so pretty! 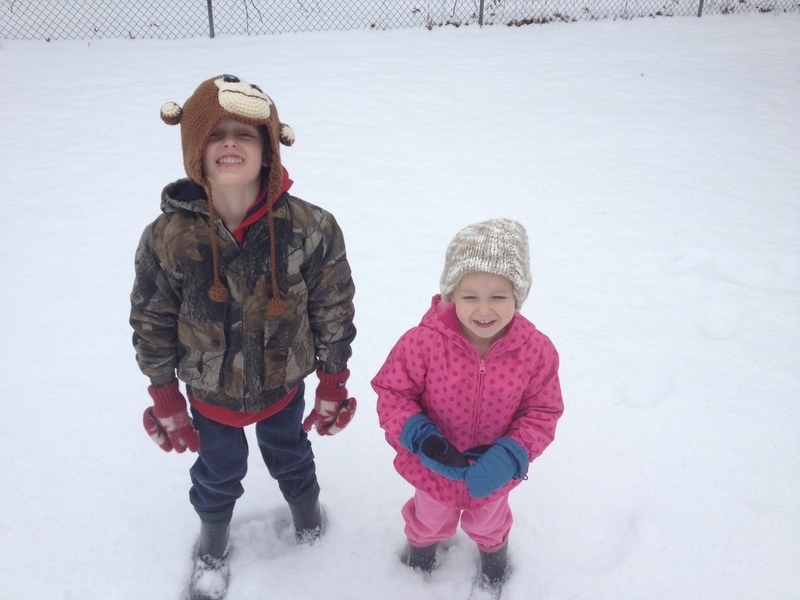 Julie tried to clean off the swing set... 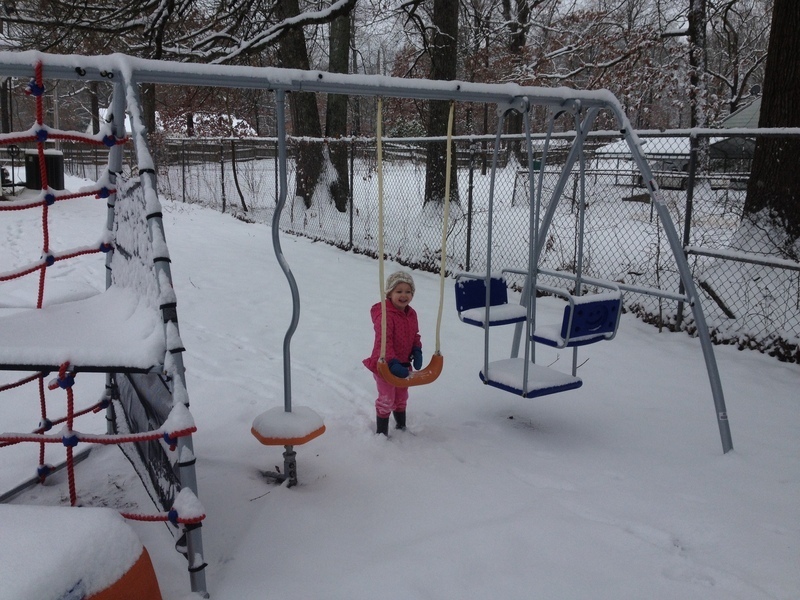 And it was hard work for Julie to trample through the snow! 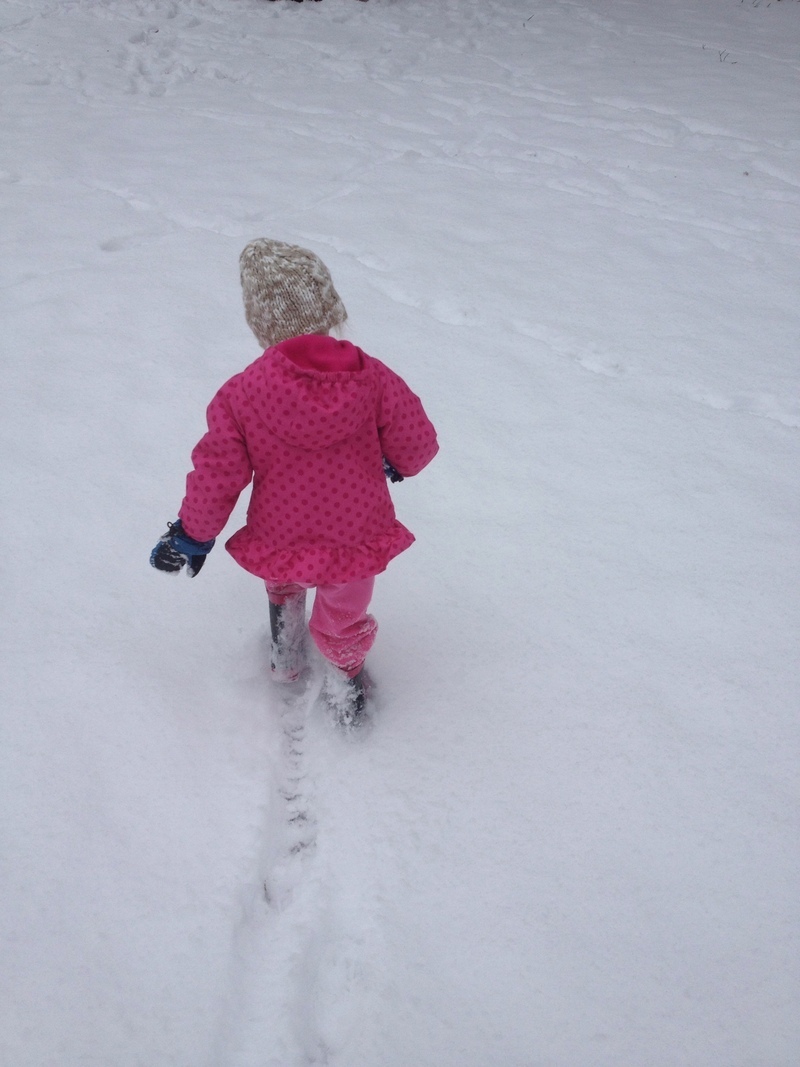 And I leave you with Jax who clearly was enjoying the snow.