When we moved into our new house, it took Julie all of 15 minutes to lock herself in her room.  All the bedrooms have locks on their doors and it's the kind you can't stick a pin in it and pop it back out.  You have to turn the lock in order for it to unlock.

So that was fun to do when I was knee deep into cleaning the house and Julie goes and locks herself in her room.  I had to sit on the other side of the door and explain to my two year old that she needs to turn the little lock in order for her to be free.  It took a while and she figured it out.

Well, I've been meaning to change out her door knob so she can't do that again.  Yesterday morning, I went to get her out of bed and the door was locked again.  Which means that before she went to bed last night, she turned the lock and I had no idea.  Luckily, since we are moved in now, I could just get a screw driver and undo the door knob.  (I didn't have that luxury when we were first moving in!  I had no idea where the tools were.)  I set her free and then made a note to get that door knob switched pronto!

And wouldn't you know that she managed to lock her self in one. more. time.  At that point I told her she had to wait for her daddy to get home and he could rescue her.  It was only about 5 minutes later Justin walked in the door and he saved her.  But in the meantime, I told her to just hang out and play with toys while she was stuck.

And she did have fun in there while waiting-I would peek in on her through the door knob hole.  She didn't seem to traumatized..... 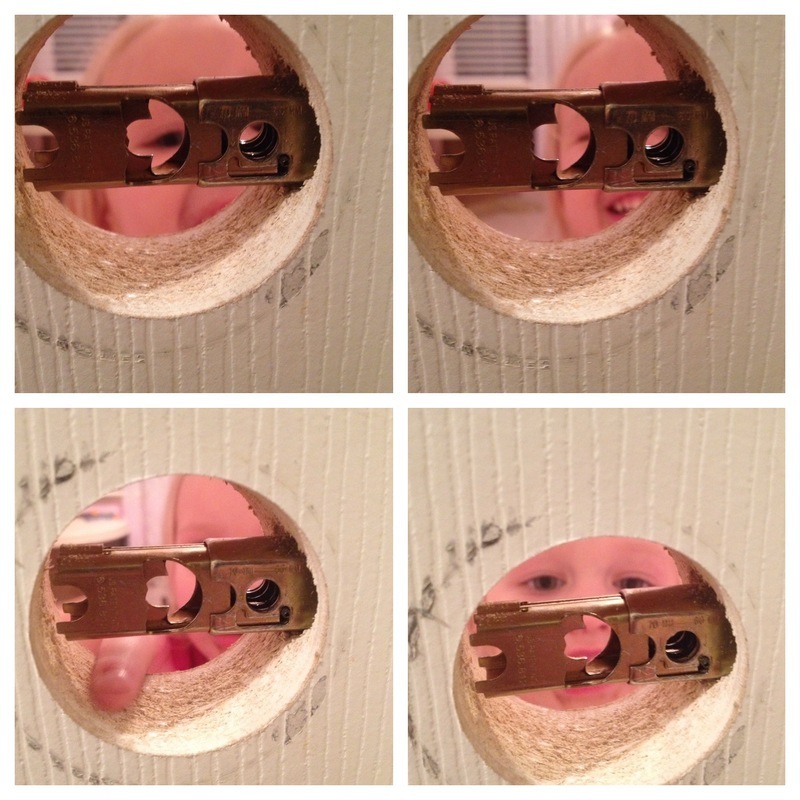