This past weekend was so gorgeous out!  We decided to take the kids fishing and see if we had any luck. 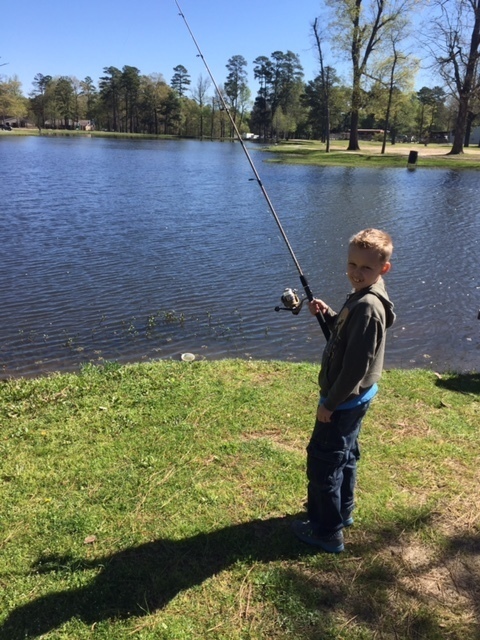 Even Julie wanted to try it out! 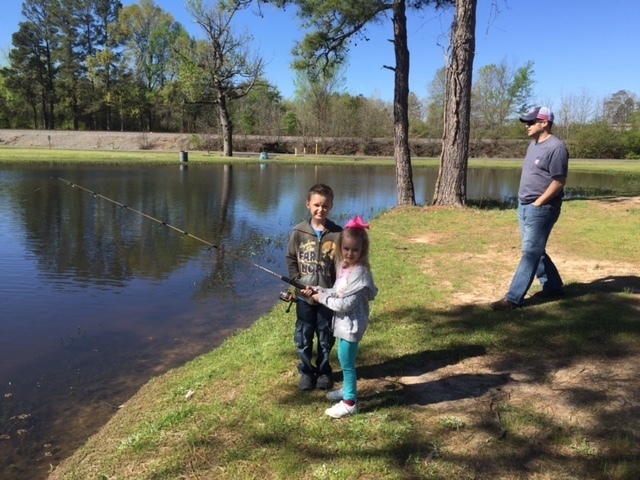 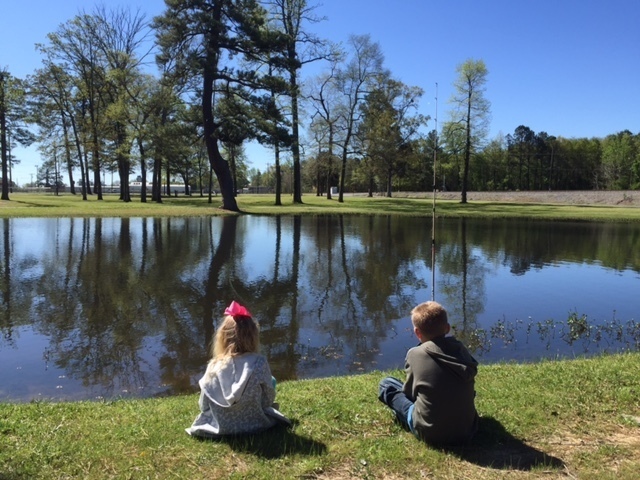 While we were waiting, a bunch of ducks came over to us and were extremely friendly.  They quacked and ducked in and out of the water.  Julie was in awe over them.  I wish we would have brought some bread for them.  I'm sure they were a little disappointed in us. 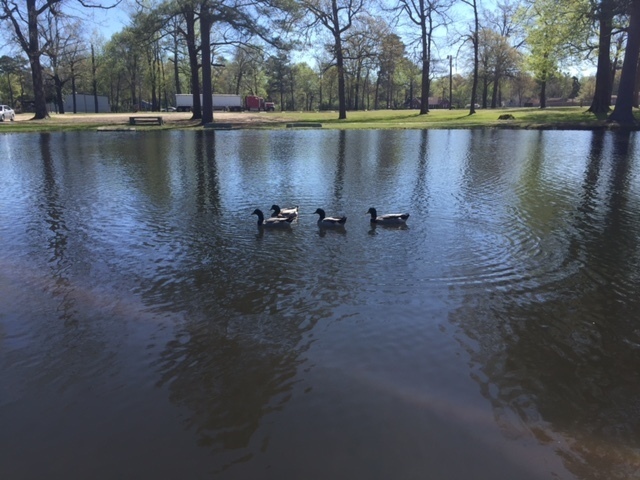 And finally the kids' patience was done with fishing and we headed to the playground.  Jaxson was very proud of himself for climbing to the top of the rocket ship.  It is pretty tall.  Poor Julie tried to keep up but got a little scared.  She tried the first level and got a little freaked out.  She climbed back down.  Then she mustered up the courage and tried again and made it to the second level.  But then she had to get down again.  She tried one last time and she made it to the third level.  There, she was convinced she was stuck so I had to coach her back down.  After she was on the ground (and safe!) she told me that she will wait until she is 6 years old until she tries that again. 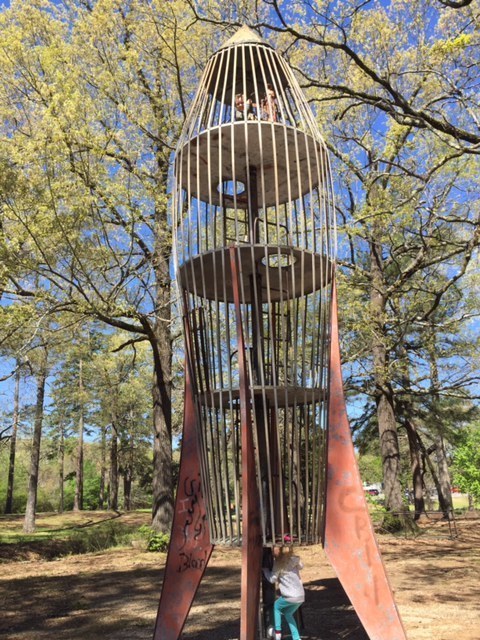 It was a fun little morning adventure.  We did not catch any fish and I was secretly glad because I didn't want to deal with the whole mess of cleaning them up!