Jaxson recently celebrated 100 Days of School!  He was so excited because they were going to have a celebration-meaning that they made a special necklace, hat, cake, and a parade.

So Julie and I showed up bright and early at 9am and was able to watch the kindergarteners and 1st graders march around! 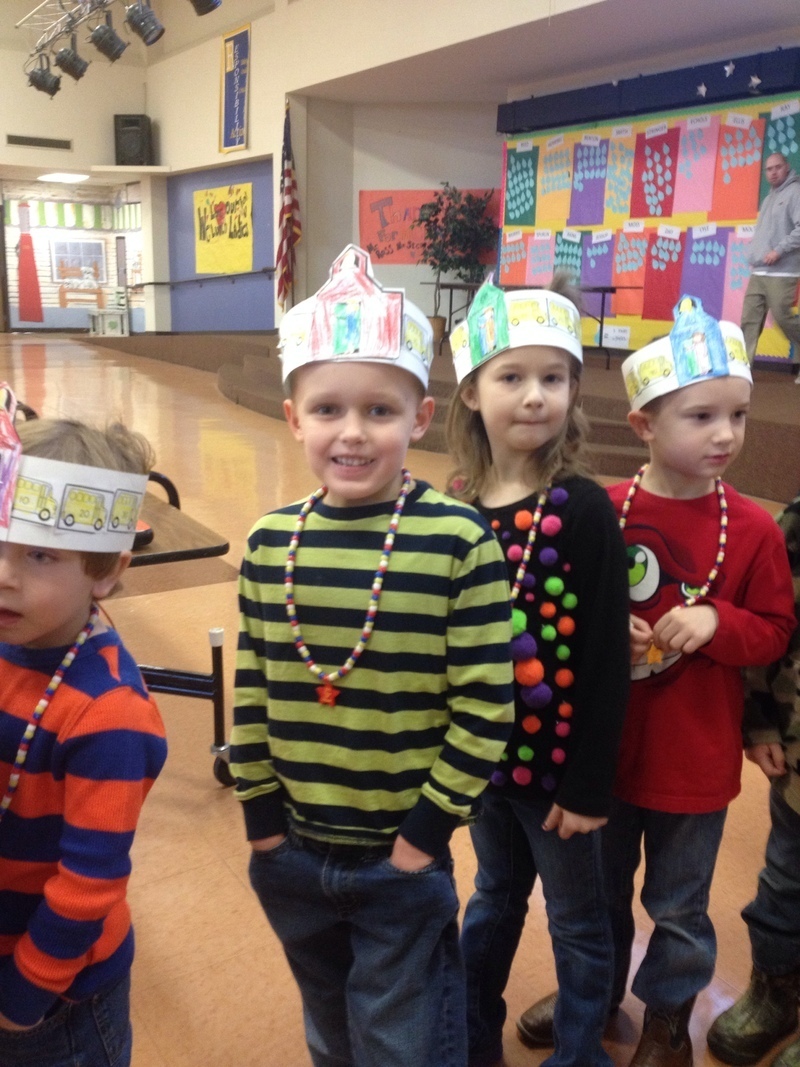 Well, what Jax is lacking in excitement, he is making up for in being super serious about his counting!  The celebration was the highlight of his week!