With a week off of work and school just getting out, it was time for us to take a road trip!  We decided to go somewhere close by-Biloxi, Mississippi.  We wanted to go to a beach and explore a city we haven't been to before. 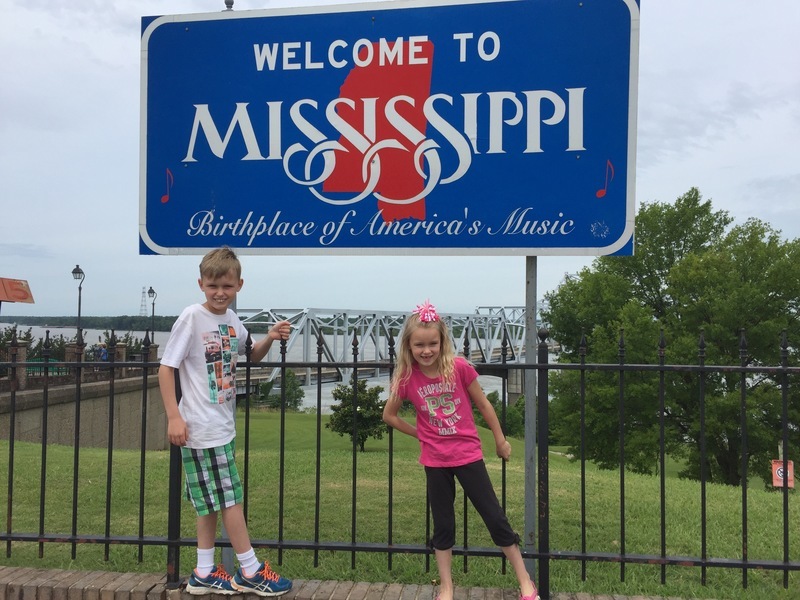 Once we crossed the Mississippi River, we had to stop at the Visitor's Center and take our obligatory state sign picture.  One day we will have all 50 states!  (Goals to strive for!) 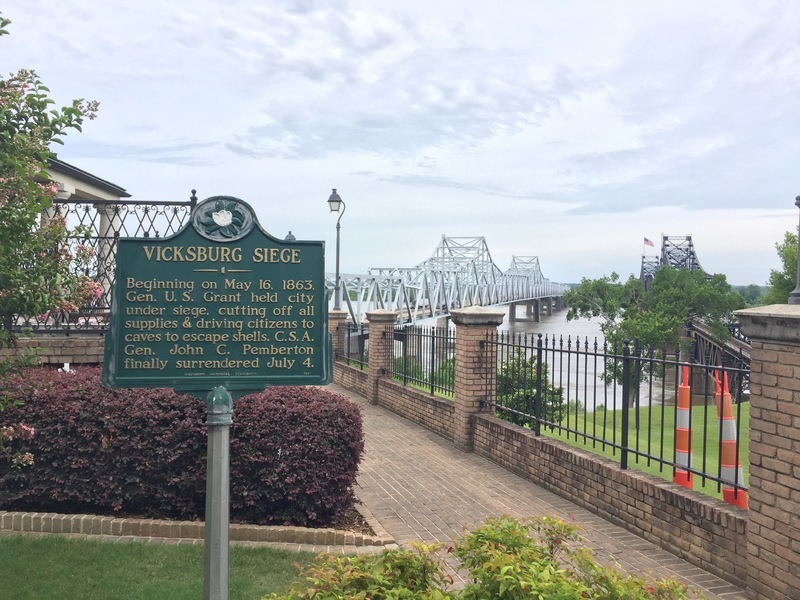 The Visitor's Center even had a cannon! 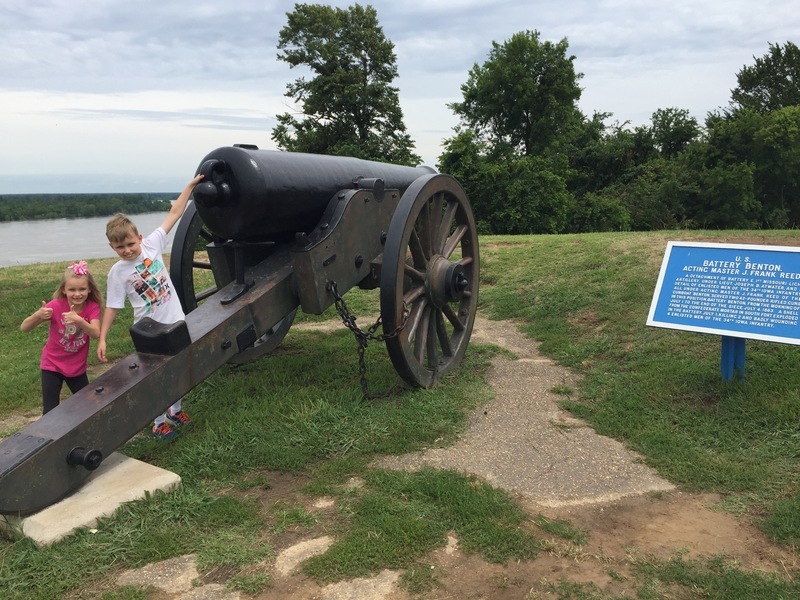 We went to the Vicksburg National Military Park.  This is where the Vicksburg Campaign and Siege happened in March-July 1863.  The Union Army wanted control of the Mississippi River and knew that controlling Vicksburg was the way to go.  The park is 16 mile drive around to the different areas of where battles happened. 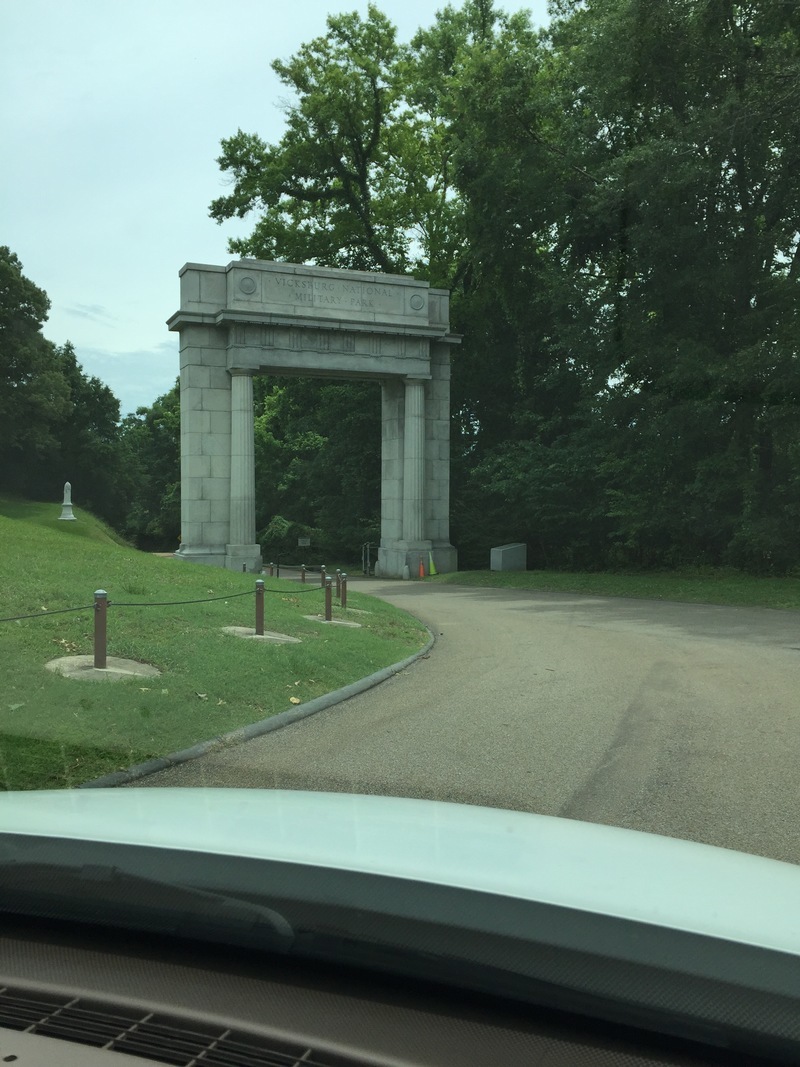 Entrance to the park. 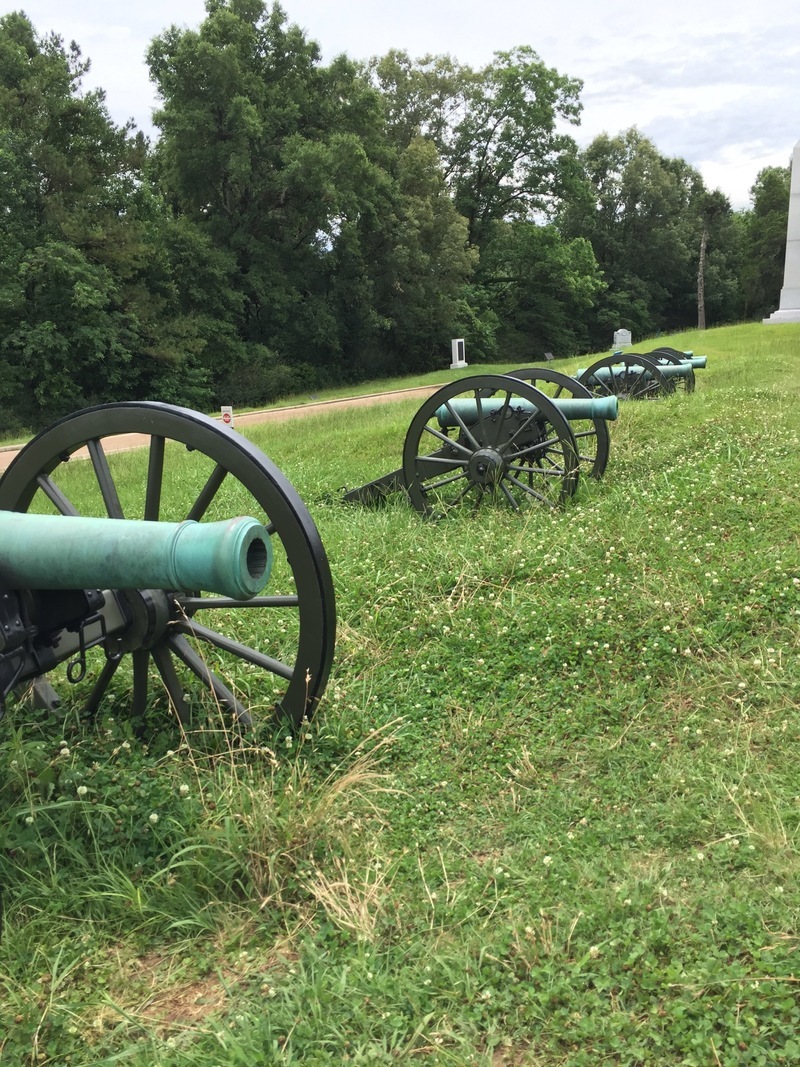 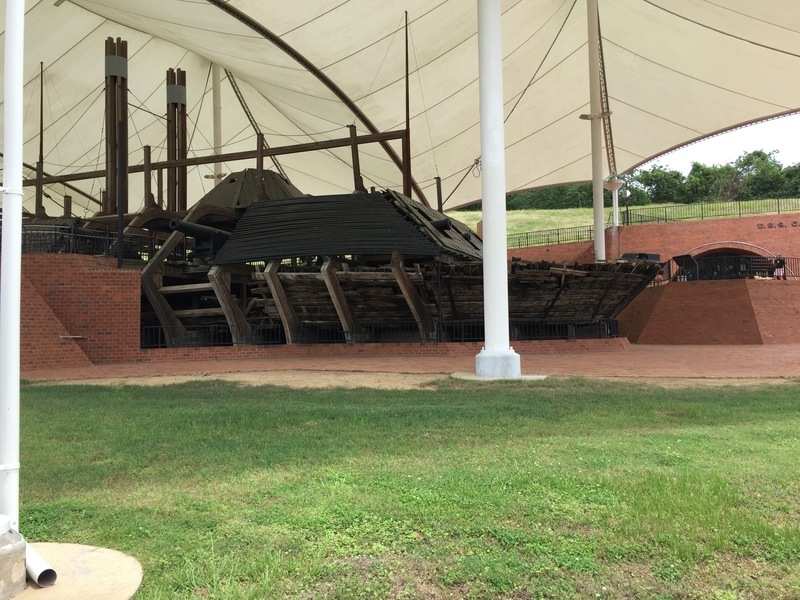 This is the USS Cairo Gun Boat that was sunk in the Mississippi River during one of the battles.  They brought it back up almost 100 years later and displayed it out in the park. 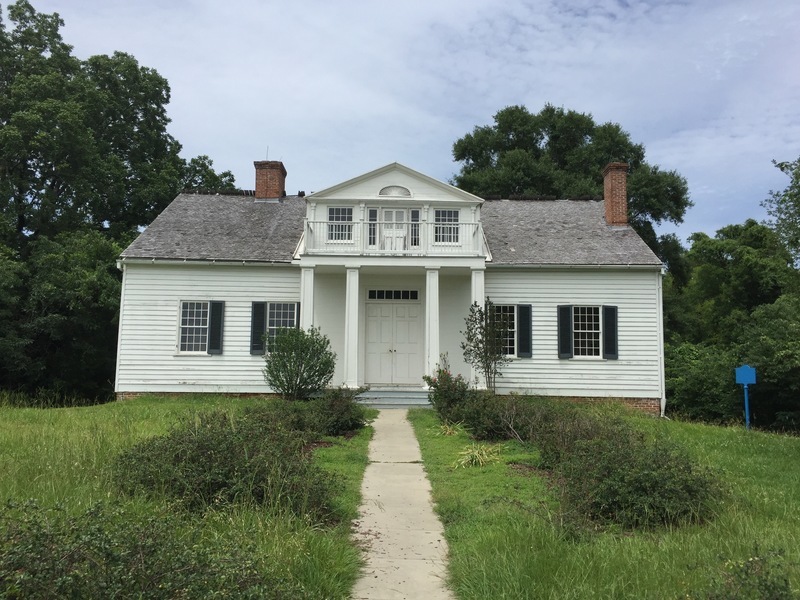 The Shirley House is another stop on the tour.  Can you imagine that this house was on the battlefield?  The occupants hid in this house for a couple of days before they waved a white flag.  The Union Army took them out and put them in a cave so they were safe. 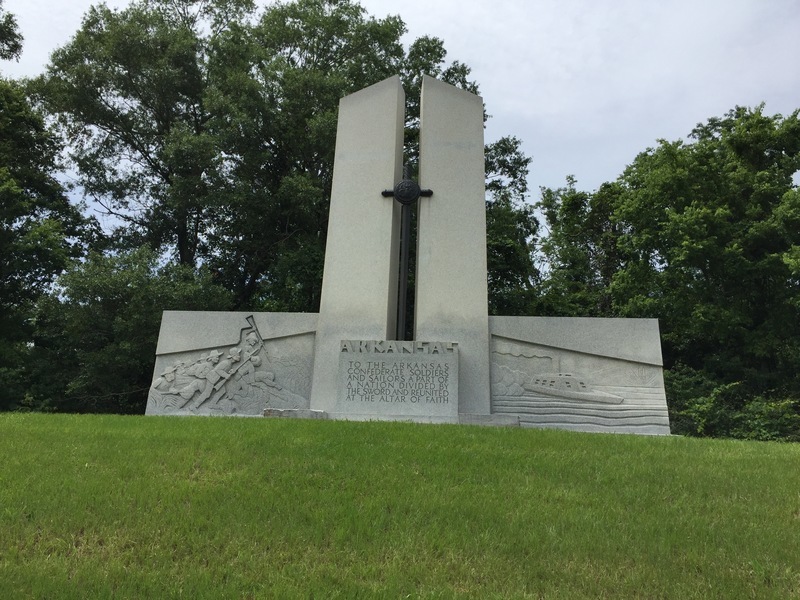 Each state that fought in Vicksburg had a memorial.  We had to get a picture of Arkansas!

Can you believe that tour took us about 2 hours to drive through?!  Crazy. It was real interesting but the kids weren't too impressed.  (Sorry kids!)

After that activity, we drove straight to the beach.  After we ate dinner our first stop was the sand and water! 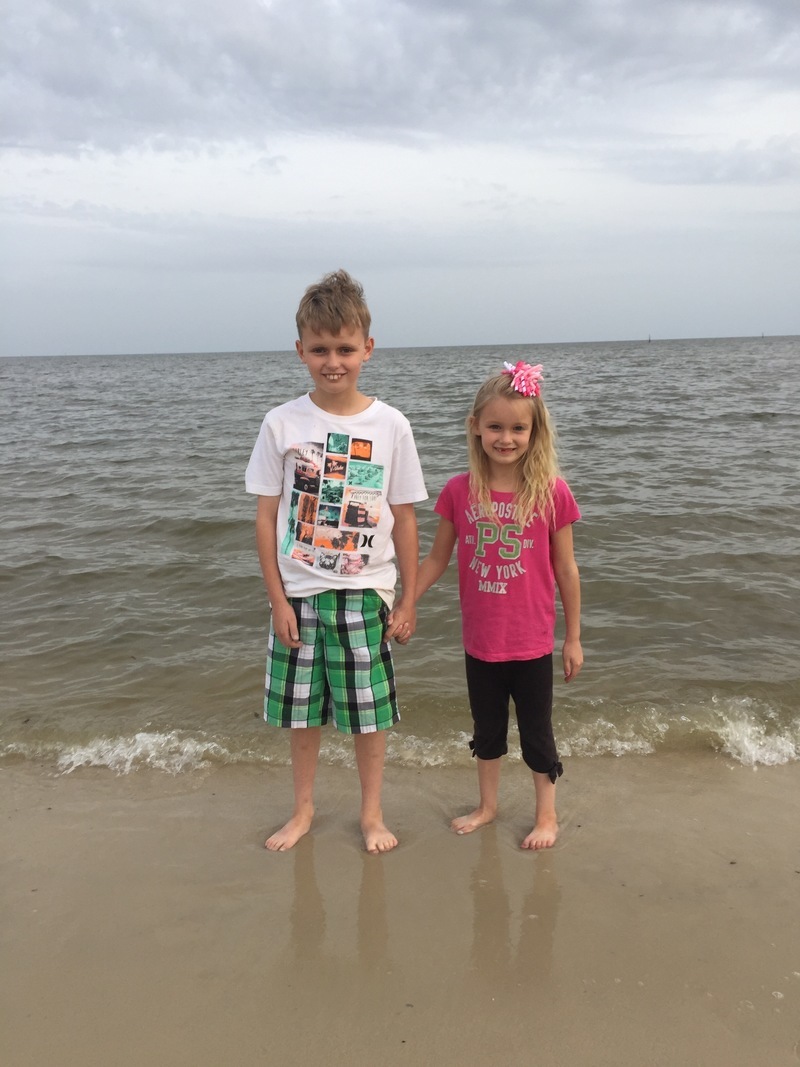